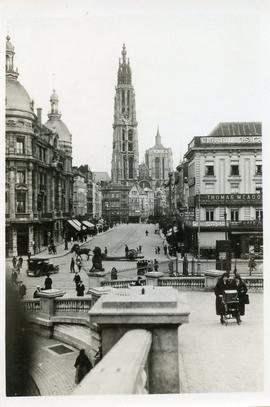 A street in Europe

This is a photo of a wide city street, lined with buildings. There is a high-towered building at the end and another tall building further back. There are some pedestrians, a car and horse drawn vehicle. This could be in the city of Zurich, Switze... 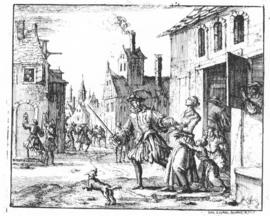 Arrest of Catherine Mueller from the Knonau district near Zurich 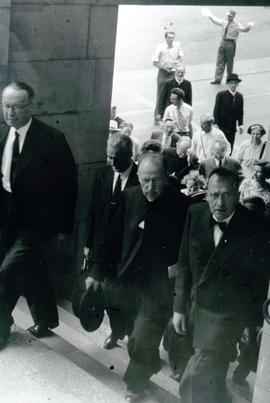 On the last day of the 5th Mennonite World Conference (MWC), the delegates moved to Zurich, to commemorate the Anabaptist origins. Representatives of the city government and the official church gave greetings to the conference in Zurich. Both of... 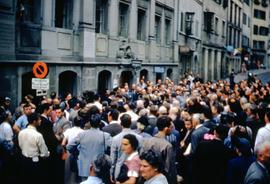 Delegates in the Streets of Zurich

After a presentation in the cathedral, the delegates took a walking tour of historic Anabaptist sites in Zurich, ending with a worship service at the place where Felix Manz was drowned as the first Anabaptist martyr. 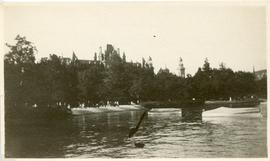 This is a photo of the corner of Lake Zürich in Zürich, Switzerland. There are people walking along the shoreline with trees lining their path. A taller building is seen above the trees. 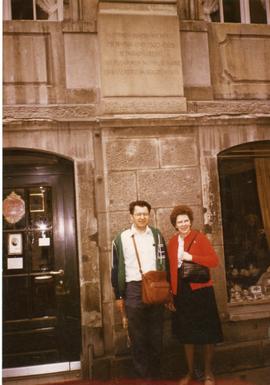 This is a photo of Lawrence Klippenstein and LaVerna Klippenstein (Reimer) standing at the door of the house that Konrad Grebel once lived in. On the building is an inscription that reads "In diesem Hause wohnte 1508 - 1514 und 1520 - 1525 Ko... 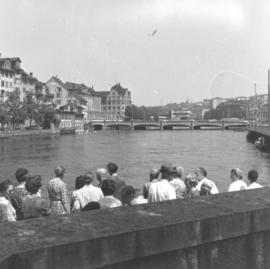 Negatives also (2). Used in CM 15-33-3. MWC Tour on the shore of the Limmat River in Zurich where Felix Manz, first Anabaptist martyr was drowned. Second neg. is similar. 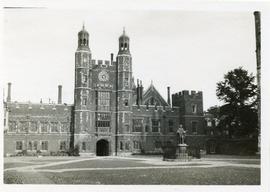 This is a photo of the museum in Zurich, Switzerland. The centre entrance has two towers. 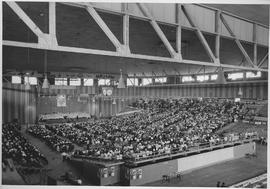 Part of audience (& choir on platform) at Janz brothers Crusade for Christ.in Switzerland

Used in CM 8-46-9 & again in 10-3-10. Taken from back of Hallenstadion, largest indoor stadium in Switzerland. Part of audience (& choir on platform) at Janz brothers Crusade for Christ.