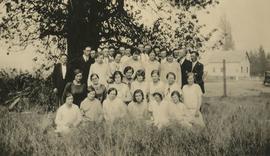 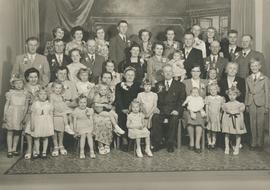 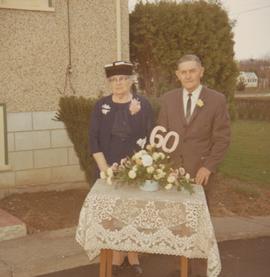 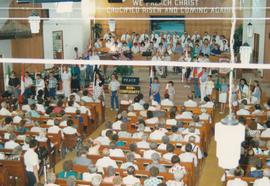 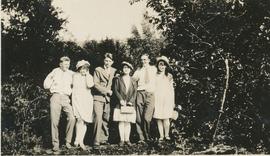 A group of six 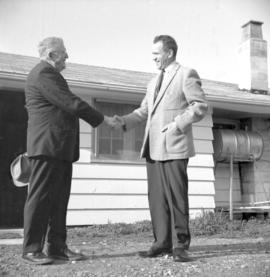 A. A. Wiens and Henry Brucks 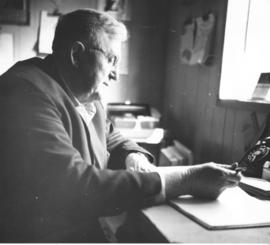 Alan and Susan Choi at the podium

This photo is of Alan and Susan Choi at the podium during a British Columbia MB Conference convention.

Exterior view of the altenheim complex 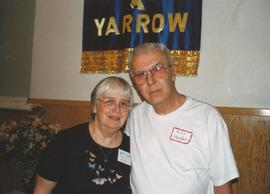 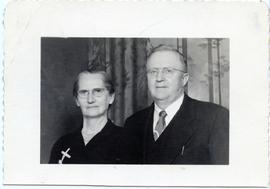 This photo shows Anna & A.A. Wiens, Yarrow BC (coworkers in the Hilfsreich). 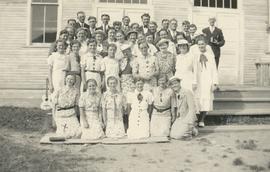 A Sunday School class in 1929. Sarah (Enns) Martens is in first row, extreme left, marked with an x. 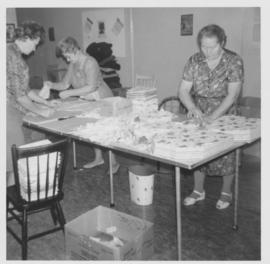 Negative also. Used in CM 16-4-9 with art. by Lorraine Bauman. Volunteers, 3 women, are assembling cut layettes bundles in the Yarrow MCC Material Aid Center, which will be sewn by women throughout the province. Cf. 1994-14.1125f