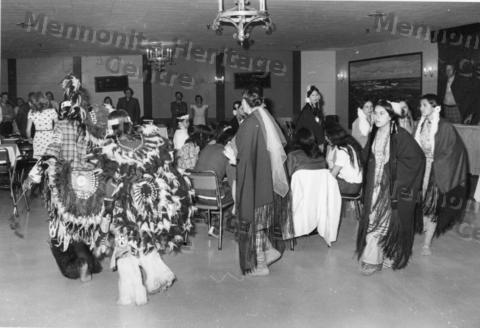 After growing up on the family farm in Lena, Manitoba, Epp graduated from Mennonite Collegiate Institute in Gretna. He served for 18 months as a conscientious objector at the Brandon Mental Hospital, then began his pastoral ministry at Waterloo-Kitchener United Mennonite Church. He married Mary Reimer during that time.

This picture is of festivities at a Y.O.U. fund raising banquet in Winnipeg with some in traditional aboriginal dress [traditional regalia].