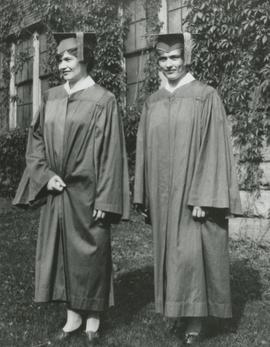 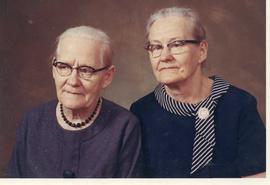 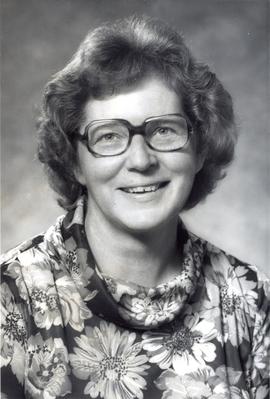 This photo is a professional close-up of Ann in black-and-white, wearing a floral print dress, with an inscription on the back, presumed to have been taken at Napoleon Photo Studio in Winnipeg.

This photo is a portrait of a drama group, still wearing the costumes they had on in their play. The front row is seated on the floor, except for a man and child, who are seated on a chair. There are two rows standing in the back. 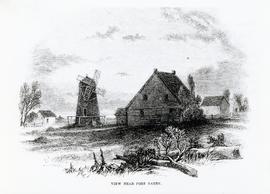 This photo is of an etching of a farm houses and a windmill near Fort Garry, Red River Settlment , Manitoba. The archives of Manitoba have identified it as Robert Logan's house and mill.

Delegates to the East Reserve.

This photo is of the Mennonite delegates from Russia preparing to depart from the Federal Dominion Lands Office in Winnipeg to inspect the East Reserve. Government officials and even some Native people are present in the photo (note: this is only...

People seated at tables in the basement of a church. 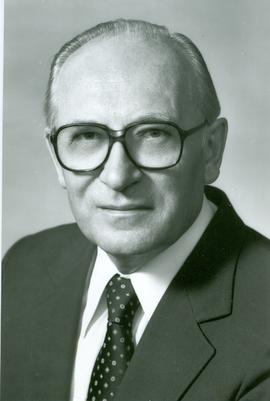