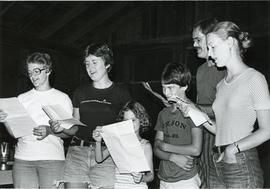 This is a photo of the Philadelphia MCC voluntary service unit performing a song at the Labor Day retreat for U. S. Ministries workers. They are (left to right): Marg Nisley, Marg Emery, Jolynn Heese, Jeffrey Heese, John Heese and Sue Stephan. 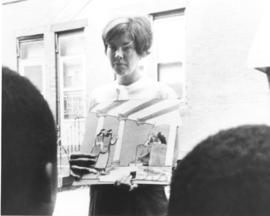