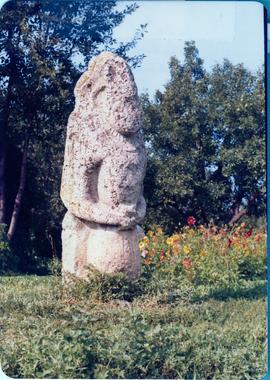 This photo is of an ancient stone carving / sculpture called a "Baba". These life sized stone statues possibly linked to fertility cult were made by the Scythians. These objects are located near a burial mound in the village of Chortit... 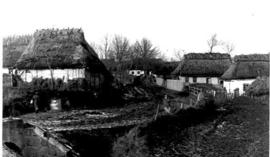 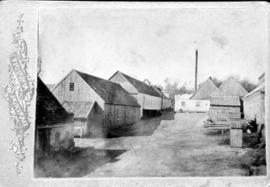 A back view of the farm-machine factory belonging to the photographer's father, Gerhard Rempel

Two photos on negative. Top photo: unknown. Bottom photo: A back view of the farm-machine factory belonging to the photographer's father, Gerhard Rempel. In his time, in the late nineteenth century, he was the wealthiest man in Rosenthal. Des... 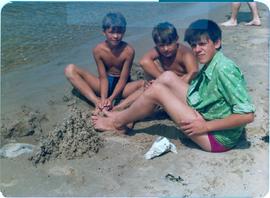 This photo is of three boys sitting on the sand on the beach on Chortitza Island (Insel Chortitza). The boys are playing in the sand. The sand is unusual in that the grains are angular in shape. 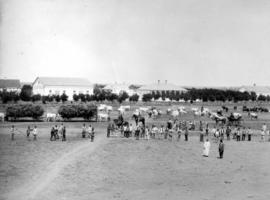 A view of the Peter Bahnmann estate at Brodsky.

A view of the Peter Bahnmann estate at Brodsky. In the foreground are some of the Bahnmanns' employees (1890's). Description from Forever Summer, Forever Sunday - Plate 10. Hunsberger photo 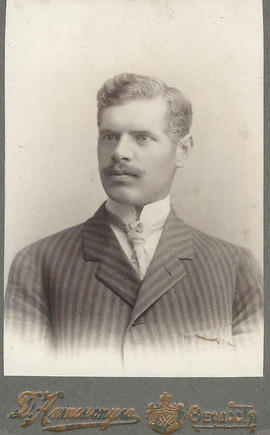 Photograph of Abram which appears to have been taken by a photographer. 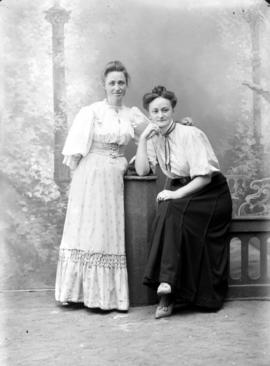 Agatha Regehr and Sarah Rempel. Sarah, usually earnest in pictures - as was the custom - and in life, laughed here with her dearest friend and cousin. Description from Forever Summer, Forever Sunday Plate 78. Hunsberger photo 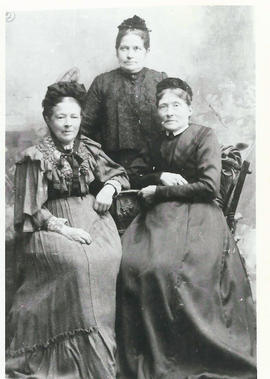 This fonds contains 276 photographs taken and received by Arthur W. Slagel during his 3-year assignment with Mennonite Central Committee from 1920-1923. The collection has photos of the relief work in Russia showing various aspects of the work inc... 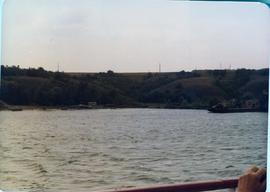 At confluence of Dnieper and Nieder Chortitza rivers

This photo is of the point where the Dnieper River and Nieder Chortitza rivers join. A rolling country side is in thbe background and another boat can be seen on the water to the right. 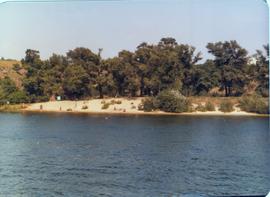 This photo is of a beach on the Island of Chortitza taken from the water. People can be seen on the beach and large [oak?] trees are in the background.

This is a photo of six or more tractors lined up on a field, each one with a driver, ready for action. A group of about 30 men are standing behind them, 3 with hats and white collar and tie. The first one from the right - C. F. Klassen, middle one... 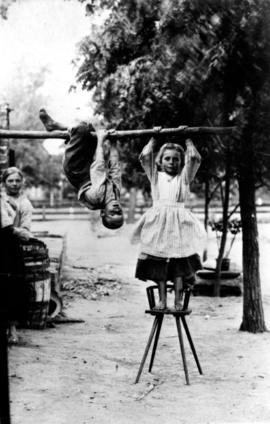 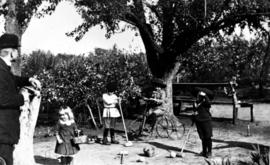