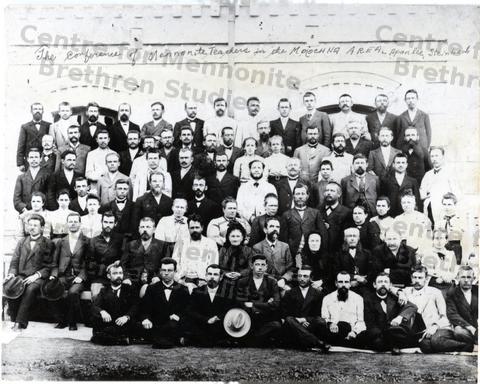 The English handwritten title on the top of the front side of this photo reads "The conference of Mennonite teachers in the Molochna area in Apanlee, Steinbach", was most likely written by Dr. George G. Thielman, whose father is on the photo.

This photo with a full description including the names of the participants was published in <i>Der Bote</i>, 25 May 1949, p.5, under the title "Die Vergangenheit in Wort und Bild" (the past in word and image).