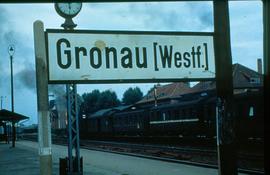 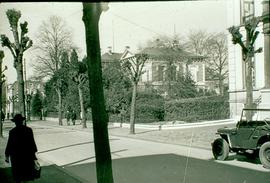 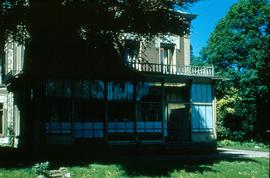 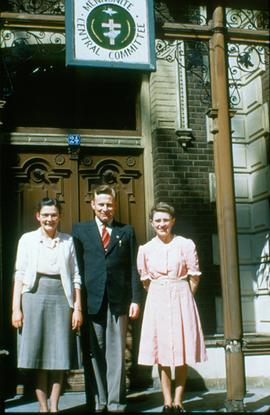 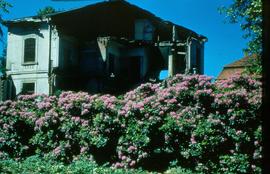 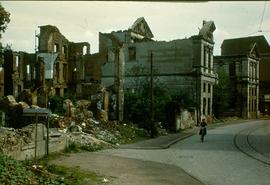 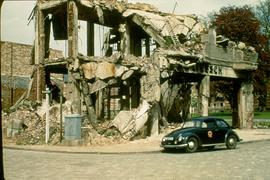 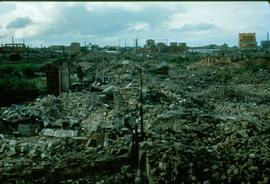 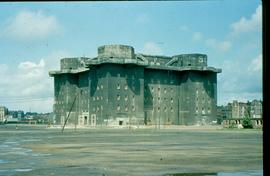 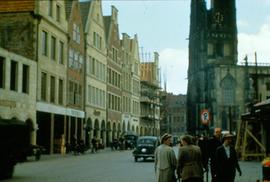 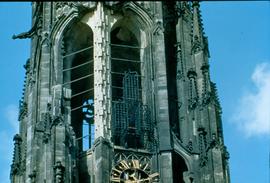 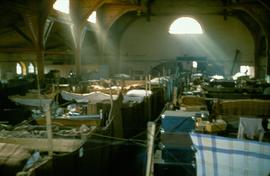 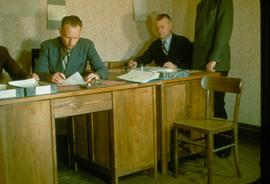 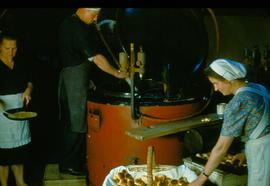 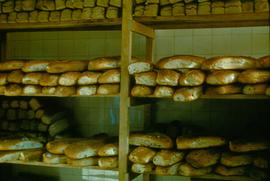 Siegfried Janzen (1920-2005) was born to Jacob K. Janzen and Martha Schmidt in the Russian Mennonite village of Orloff, Zagradowka. His parents were house parents for the Bethania Mental Hospital 1912-1920 in Alt-Kronsweide, Chortitza Colony. The family immigrated to Canada in 1927 and settled in Larid, Saskatchewan. In 1940 they moved to a fruit farm near Gimsby, Ontario. Here the family was active in the Vineland Mennonite Brethren church.

In 1942 he served as a conscientious objector performing alternative service at Calk River, Ontario and later served as a farm worker. In 1945 he married Margaret Wiebe and they had four daughters. Siegfried and Margret volunteered with Mennonite Central Committee (MCC) and were assigned to work in post World War II Europe. Their first post was in Holland distributing food and clothing to refugees. In 1947 they were reassigned to work at the refugee house at Gronau, Germany on the Dutch, German boarder. For three years they directed the processing of over 10,000 refugees fleeing from repatriation to the Soviet Union. The refugees hoped to immigrate to Canada but the process was not easy. The Janzens set up a hospital to help people pass the medical requirements to enter Canada. The newspaper Unser Blatt and Der Mennonit were established to help these displaced people build their sense of community and help in the reunification of families. Siegfried and Margret served under C.F. Klassen, European Commissioner for Refugee Aid and Resettlement with MCC.

In 1950 Siegfried and Margaret returned to North America and he attended Tabor College, Kansas. They returned to Ontario where Siegfried worked as a youth worker in the Vineland Mennonite Brethren church between 1952-1954. Here he worked at building closer ties between young people and Mennonite Brethren missionaries working abroad. The family then moved to Nova Scotia where he found work as a stone mason. In September 1985, at the age of 65, he became the pastor of the Petitcodiac Mennonite Church. He was also active in prison chaplaincy. In 2004 he was awarded the Taylor Award by the Correctional Service of Canada and the National Volunteer Association.

This fonds was transferred to MCC Canada in Winnipeg after the death of Janzen in 2005. The MCC Canada records manager then brought this material to the Mennonite Heritage Centre in 2007. The slides were deposited ca. 1995. In 2010 CMBC history professor Adolf Ens deposited a letter a student, Jillayne Neufeld got from Janzen about his church work in New Brunswick.

This fonds consists of Janzen's correspondence and reports while working in Gronau, Germany, while attending Bethel College and while working with the youth in Vineland Ontario. Included in Janzen's Germany materials are essays and memoirs by some of the refugees Janzen worked with as well as correspondence with leaders such as Dr. Kurt Kauenhowen and Walter Quiring. There are 107 slides showing the Gronau camp, people and activities. The materials gives an account of the Janzens' life in Germany, Kansas and Vineland. With this material a better understanding of the effects of the Second World War on the Mennonite population in the Ukraine and the process of emigrating from there to Paraguay or Canada can be gained.