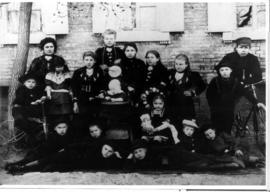 These are the children of four siblings: Peter Neufeld , Gerhard Neufeld, Cornelius Neufeld and Agatha (Neufeld) Enns (wife of Peter Enns) in the village of Schoenfeld, Chortitza district in the year 1908. At that time most people knew their cousi... 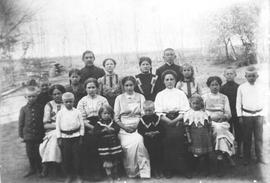 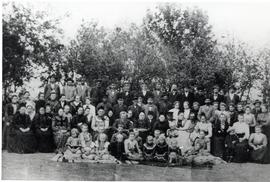 This is a photo of a Bahnman family with friends and family at a farewell party. In 1903 a Bahnman family from Schoenfeld emigrated to North America. This photo shows a good cross section of our people at that time. Notice the men in their hats or... 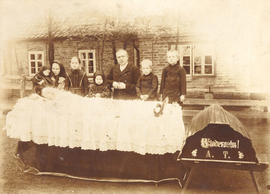 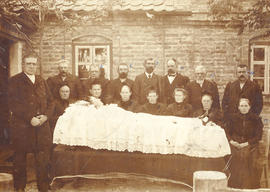 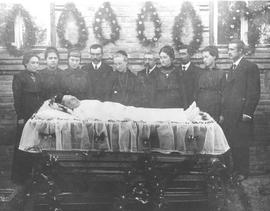 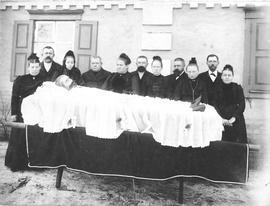 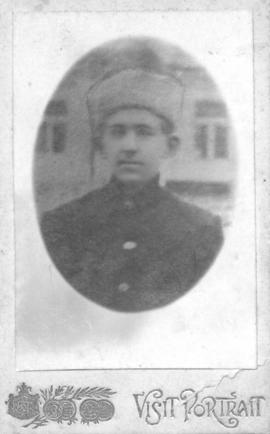 Jacob Tiessen, who died about 1919. He was the son of Peter Tiessen. 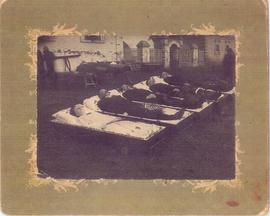 Murder of five members of the Tiessen families in 1918

This is a photo of five members of one family lined up in their coffins. They are Anna Tiessen of Soljonaja estate, Aron Tiessen of the Marienhof estate; and Heinrich H. Tiessen, Peter G. Tiessen and Gerhard H. Tiessen of the Gawrilowka estate. Th... 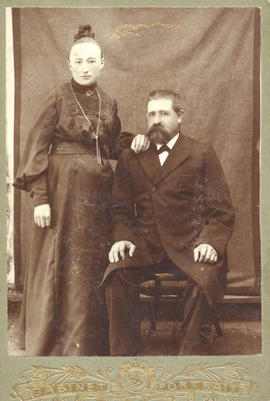 A formal wedding portrait of Peter J. Tiessen and Elizabeth Fast, 1905. They are the parents of Franz Tiessen. 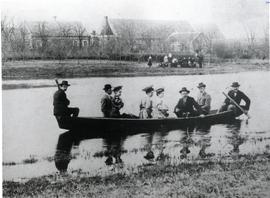 This is a photo of the estate of Peter and Margareta Enns in the Schoenfelder region. It was called: "Kowalicha". The photo was taken in 1910. [HR 254]

Photo of a carriage sitting outside store

This photo is of The Peters Store owned by Peter Peters, maternal grandfather of Marg Boldt. Jewelry was sold here and the family was well off. The Brasol Colony was just north of the Molochna Colony. 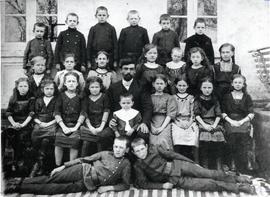 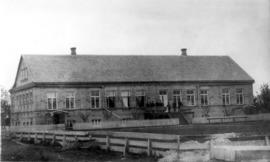 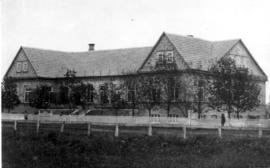 This is a photo of the front view of the Central school at Schoenfeld. [HR 184]