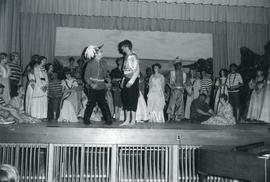 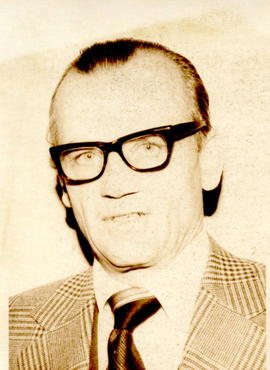 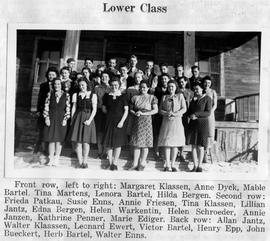 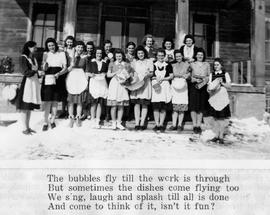 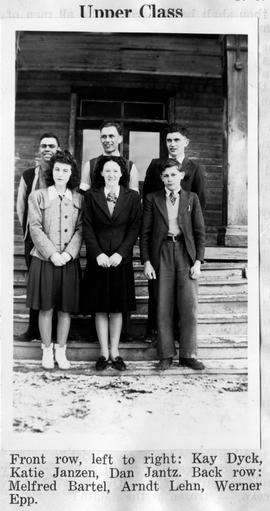 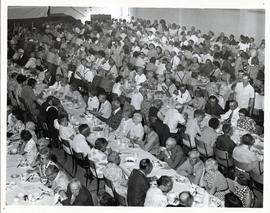 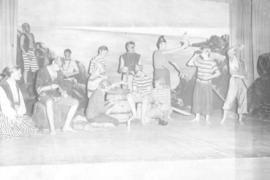 A scene from the "Pirates of Penzance"

Used in CM 17-27-6. A scene from the "Pirates of Penzance" presented by students of RJC. 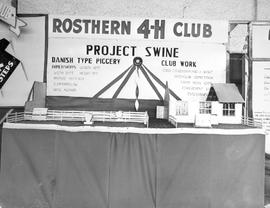 A winning exhibit prepared by the Rosthern boys

Negative also. Used in CM 4-26-8. Caption: "A winning exhibit prepared by the Rosthern boys." Typed notes by Dick Epp identifying this & the f. photos are enclosed.

The file consists of the following:1) Correspondence between A.A. Friesen and his brother-in-law H.J. Willms between 1928 and 1935, Winnipeg, Manitoba and Rabbit Lake Saskatchewan. A.A. Friesen was a one time member of the Canadian Board of Coloni... 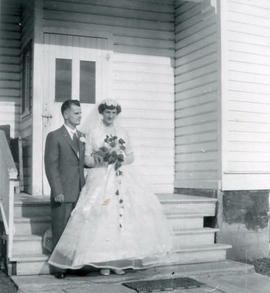 Bridal couple stand on the steps of the Invalid Home. 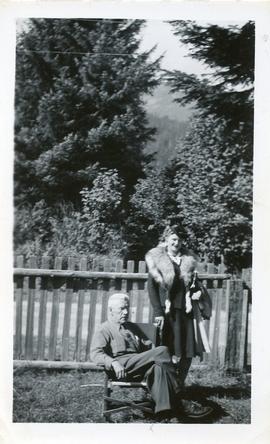 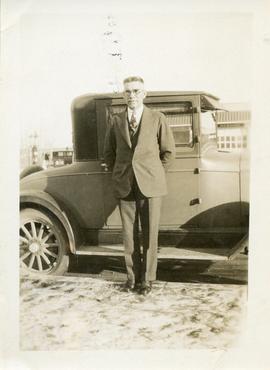 Abrahm G. Hamm standing, wearing a suit and tie with a car in the background. A light dusting of snow on the ground.