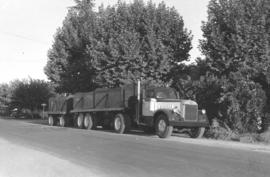 A grape truck at Reedley enroute to a winery

Series of unidentified photos likely taken by Herman [D?] Information on back of photo: A grape truck at Reedley loaded and enroute to a winery. See related photos in: 2010-14.621 & 623-626.

A section of the crowd

This photo is of a section of a crowd at a General MB Conference convention. J.H. Epp and [Isaac Tiessen?] (l-r) sit at the front.

This photo is an aerial shot of Reedley, California. The building at the centre of the photo is the Mennonite Brethren Church that hosted the Reedley Conference on the Church and Family (Nov. 1967). 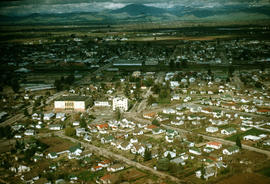 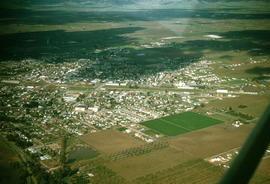 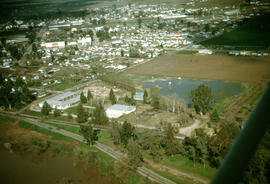 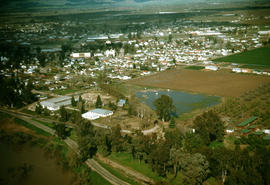 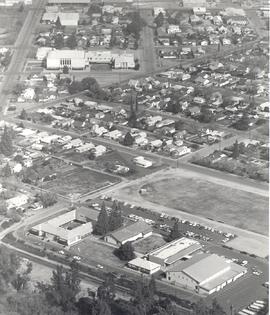 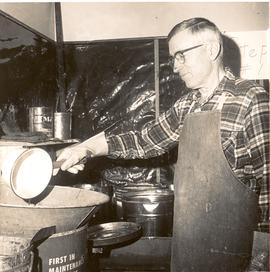 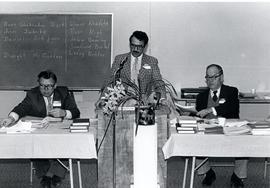 This is a photo of (left to right): chairman Newton Gingrich, Urbane Peachey and executive secretary William Snyder at the MCC Annual Meeting in Reedley, CA. 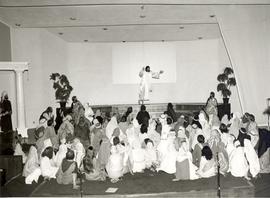 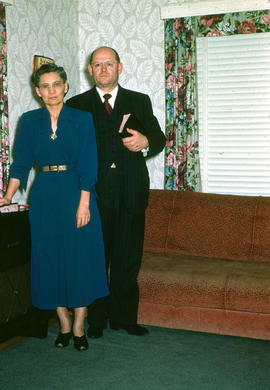 Barbara and Henry R. Wiens, during time that he was pastor of Reedley Mennonite Brethren Church 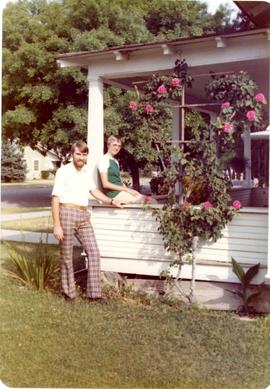 This photo shows Bob and Nancy Koehn, in Reedley. 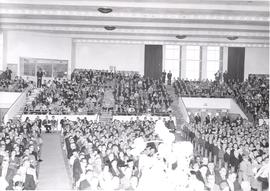 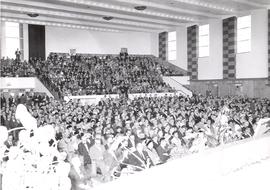