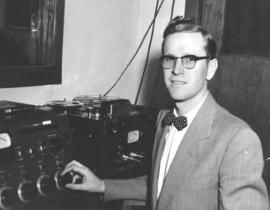 A. Kliewer with recording equipment at Tabor College

Infor. on back: Prof. A. Kliewer with recording equipment. See CM 4-29-7 re. art. about the coll. Cut out from the "Tabor College Bulletin" lists the times & radio stations when the coll. chapel hour could be heard. 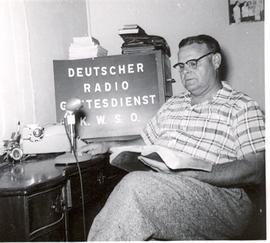 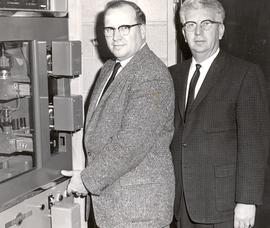 This photo is of Fernand St. Louis speaking into a microphone [recording a radio program?]. 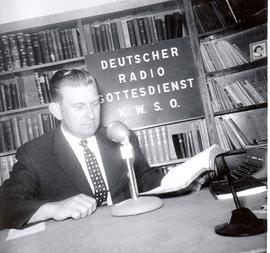 Henry H. Dick recording a program for the Deutscher Radio Gottesdienst, to be broadcast on Radio Station KWSO, Wasco, California. 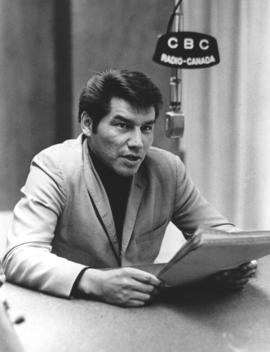 Used in CM "Indian Bulletin" April 22, 1969, p.21. Johnny Yesno, an Ojibwe man, broadcasts over CBC Radio on the Saturday program "Indian Magazine," a "national forum for the opinions of Indians, Metis and Eskimos." 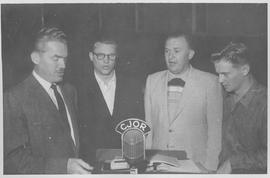 Male quartet sings in front of a microphone

Male quartet sings in front of a microphone labelled CJOR. A religious broadcast? 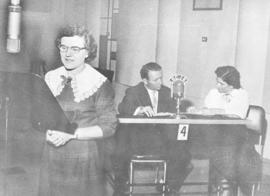 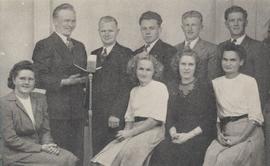 This photo is of the new studio and office complex of Trans World Radio. 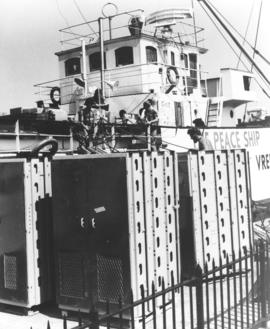 Used in CM 18-34-6. 4 men load huge radio transmitters onto Abie Nathan's `Peace Ship' at a pier in New York. Nathan had plans to sail the ship in the Mediterranean & broadcast peace messages to both Israel & Arab nations.