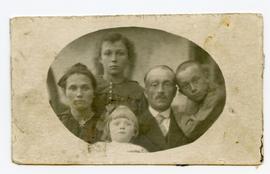 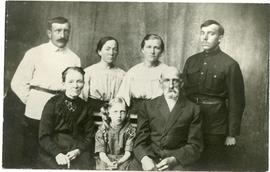 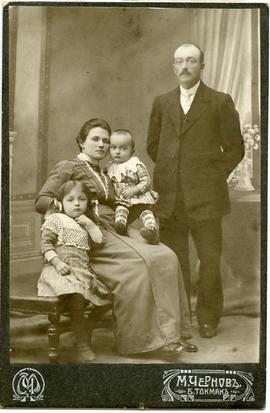 Peter J. Dyck (1885-1968) was born in to Jacob Dyck and Barbara Neufeld in the village of Kleefeld, Molotschna colony. Jacob and Barbara moved their family in 1901 to the Terek colony, which was opened for settlement. In 1909 Peter married Maria Engbrecht (1887-1977) and they had three children: Barbara (1910-1970), Jacob P. (1912-2002), Marie (1920-) and Agnes. Peter served in the forestry service as part of his alternative service work. As a young family, they were not settled in one location for very long. During the Russian Revolution, the family fled back to the Molotschna. The Dyck family immigrated to Waterloo, Ontario, Canada on the S.S. Minnesdosa in 1924. In 1925, the family established themselves on a farm in the Whitewater, Manitoba district.

This fonds consists of travel documents for the Dyck family as they immigrated from Ukraine to Canada, religious poetry and cards, and photographs.

Some materials in German and Russian.