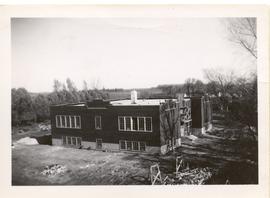 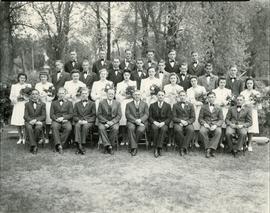 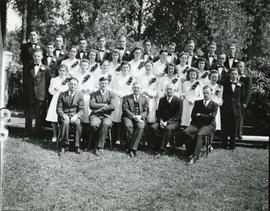 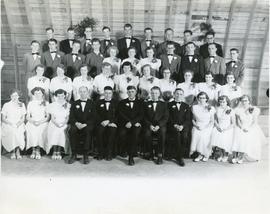 The Mennonite Collegiate Institute (MCI), originally known as the Mennonitische Bildungsanstalt (Mennonite Educational Institute, MEI) was founded by the MEI School Society in 1888. Opening its doors in Gretna, Manitoba in 1889 under the direction of teacher Wilhelm Rempel, the school's primary mandate was the training of Mennonite elementary school teachers. With time, however, an increasing number of Mennonite parents came to value education beyond basic arithmetic and literacy skills, and sent their children to the institute for the more general purpose of acquiring a good education in a Christian context.
Heinrich H. Ewert was hired as the school's principal and teacher in 1891, opening the door for the provincial government's support since he had the qualifications required by Manitoba's Department of Education. Under Ewert's leadership the school experienced its incorporation in 1893, the curtailment of governmental support in 1903, and the 1904-1908 controversy regarding the location of a new school building since the MEI's facilities had become unable to meet the growing demands on the institution. When Altona was chosen above Gretna and Winkler as the site of the new school, Gretna supporters appointed Ewert as the principal of a new school of their own which they named the Mennonitische Lehranstalt (Mennonite Collegiate Institute). Both the MCI (Gretna) and the new MEI (Altona) were dedicated in 1908.

Following its re-opening as the MCI, the school in Gretna underwent several administrative changes. In 1930 the School Society which had founded the institute transferred its control of MCI to the Mennonitische Schulkonferenz von Manitoba (Manitoba Church-School Conference). When this organization disbanded in 1936, the school fell into the jurisdiction of the Conference of Mennonites in Manitoba (CMM), which soon relinquished its control to the Schulverein der Mennonitengemeinden Manitobas (Manitoa Inter-Mennonite School Society) in 1939. The school was rebuilt in 1964/65 following a fire destroyed the facility in 1963, and major renovations to the dormitory and gymnasium were made in 1976. During the 1976, MCI again began accepting government funding, signalling a movement towards the educational mainstream that was ushered in with the appointment of Ken Loewen as principal. This trend was somewhat reversed with the Think Tank which met in 1986 to provide direction and purpose for the MCI and whose recommendations reflected a renewed commitment to the values espoused by the school's founders.

The initial portion of this collection was obtained by the Mennonite Heritage Centre Archives (MHCA) from the MCI in 1977. Much of the material in this and related collections was gathered by Dennis Stoesz, who was commissioned by the MHCA to do so in 1976. Further MCI minutes and reports were donated by David Harms in 1986. This section of the collection was archived by Jim Suderman, assistant archivist, in 1989-1990, and was classified under record group RG XXII B. The scope of the collection was expanded in 1993 with the MHCA's acquisition of additional materials from the MCI.