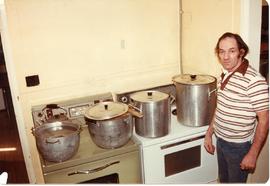 This photo shows the assistant cook in the kitchen at the Agape Table. 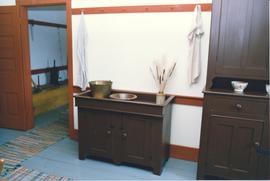 Brubacher House dry sink in kitchen, facing towards the mudroom and pantry 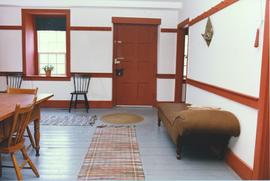 The kitchen at Brubacher House, facing the front door 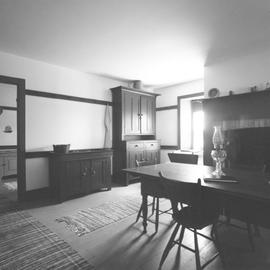 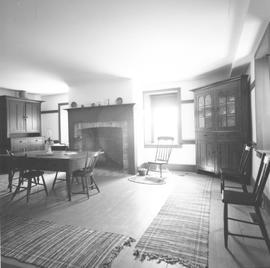 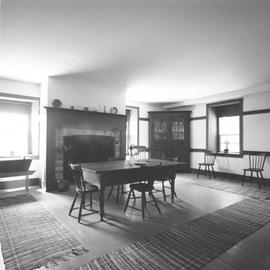 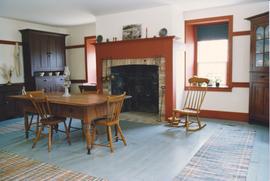 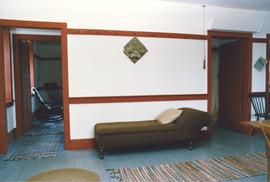 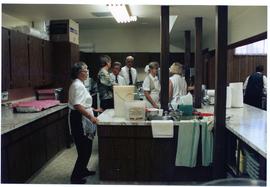 In this photo several members of the church are standing in the kitchen, ready to serve for one of the meals during the Niverville Mennonite Church 50th Anniversary weekend in 1995.

Conversation in the Kitchen

This photo is of one man and a youth member leaning on the kitchen counters having a conversation. 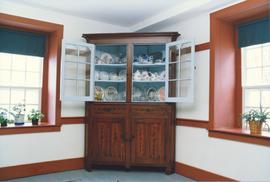 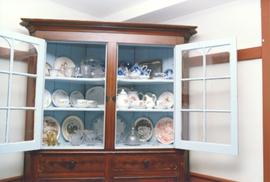 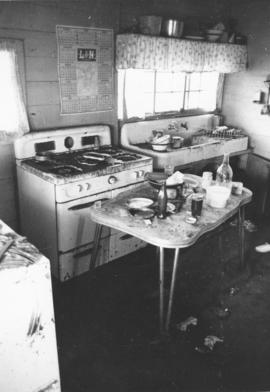 Interior of the kitchen of a home that was left

Interior of the kitchen of a home that was left standing after the hurricane Camille struck in Va. Note on back: "The kitchen range and table were covered with a decaying flood residue." 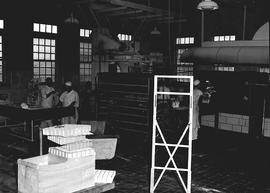