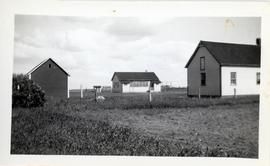 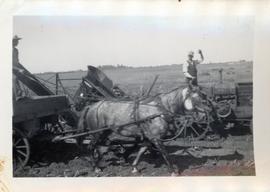 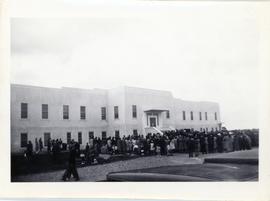 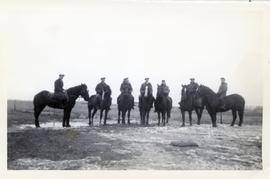 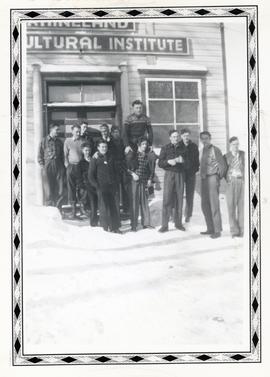 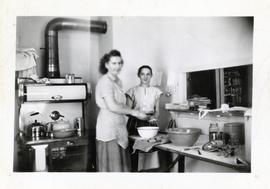 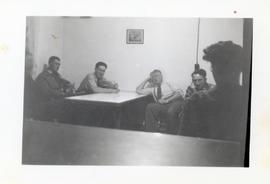 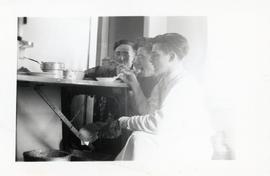 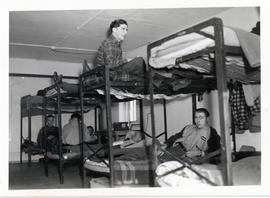 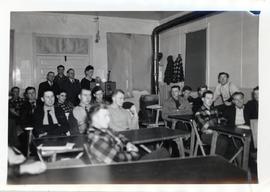 John H. Loewen was born in Silberfeld, Manitoba (near Altona, Manitoba) on July 23, 1902, to Henry J. and Katherine (Reimer) Loewen.
John spent his early days in rural Manitoba and Saskatchewan. He likely had a lot of added responsibilities when his father passed away in 1914 as the family was still very young. John became a farmer and did carpentry on the side. John was baptized upon the confession of his faith in Christ on June 4, 1922, and joined Sommerfeld Mennonite Church. On November 5, 1922, John married Mary Schellenberg (1899-1978) in Neuanlage, Manitoba (north-east of Gretna, Manitoba). They resided in Silberfeld until 1933 when they moved to Rudnerweide, Manitoba (North-west of Altona), where they lived until 1955. There, John became the longest serving district trustee. He was also employed for many years as a carpenter and bricklayer in Altona.
After retiring to Altona in 1955, John volunteered at Elim Bible Institute, the Schwartz House, and the MCC Thrift Shop. They joined the Bergthaler Church where John especially appreciated the mid-week Bible studies. John always enjoyed building and woodcraft.
John and Mary were married for 55 years until Mary’s death in 1978. They had five children: Benno, Henry, Bill, Jack, and Esther, along with numerous grandchildren, great-grandchildren, and great-great-grandchildren.
On May 24, 1981, John married Anna (Klassen) Loeppky (1907-1997). John and Anna lived in a seniors’ apartment in Altona. They were married for 14 years when John died in Altona on November 30, 1995. He is buried in the Altona cemetery.

This fonds consists of estate papers, death notices, correspondence, ration books, credit union pass books, Bible verse/devotional cards, photographs, and other miscellaneous textual material collected by John H. Loewen. The photos deal with the electrification of rural Manitoba, the Rhineland Agricultural Society, and the installation of the oil pipeline to Gretna in 1950.