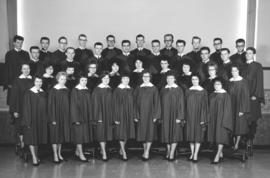 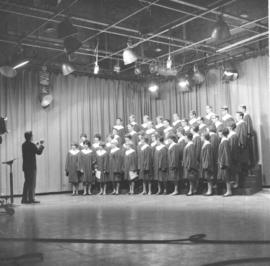 A cappella choir of CMBC in a recording studio.

A cappella choir of CMBC in a recording studio. Conductor George Wiebe at left. Compare to 14.4122. Same choir? 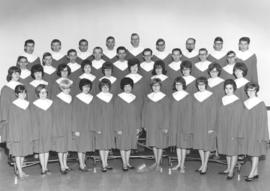 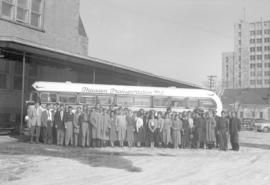 CMBC choir on tour in Saskatchewan

CMBC choir of Wpg., on tour (in Sask.?) in front of their bus of Thiessen Transportation Ltd. Taken at a bus terminal at a city centre? 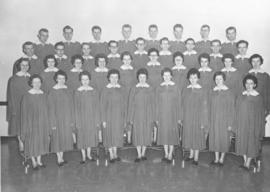 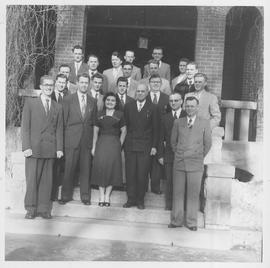 CMBC Choir School, 1954, on the steps of a building. Taken either in Spring or Fall. One woman member, Hedy Sawadsky, in front row. John Konrad to her right, CMBC Director of Music for 7 years (see CM 15-24-42). 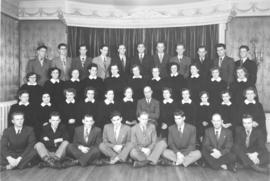 The choir, on tour in Ontario, visited Ailsa Craig. George Wiebe, conductor, is seen on the extreme right, front row. See the CM 4-10-5 for announcement & intinerary of the tour. Waldemar Regier (a student?) is in the back row at the far left? 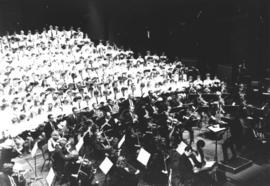 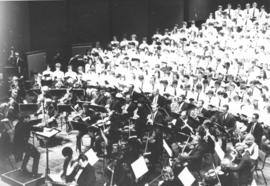 Orchestra & choirs of CMBC & MBBC perform the "Elijah." Similar to 14.4132 except taken from the opposite angle. Two copies of photo, one further away. 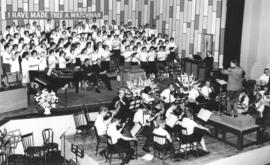 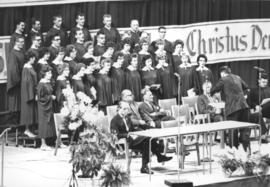 Used in CM 10-31-7. Musical presentation at 7th MWC by a group from the Canadian Mennonite Bible College (Wpg.). They are singing and various leaders (C. J. Dyck at far left) sit on the platform in front of them.