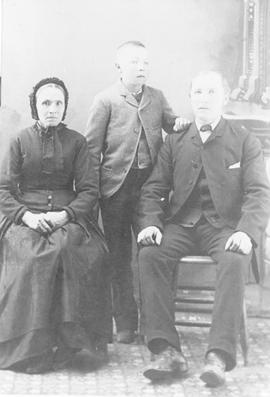 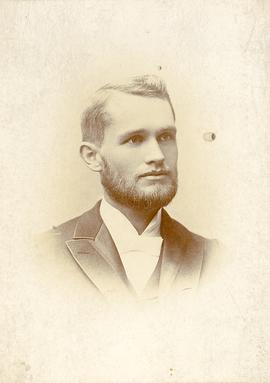 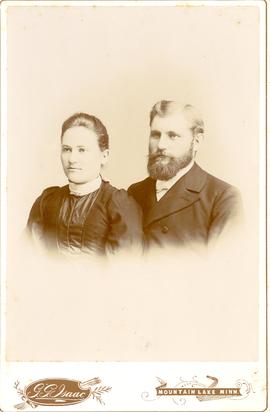 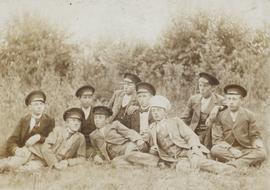 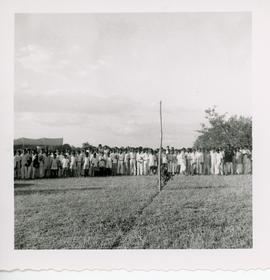 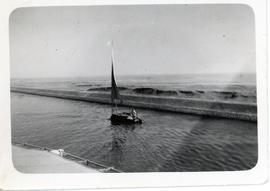 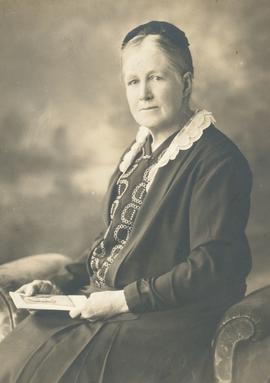 Anna Martens is seated holding what appears to be a photograph 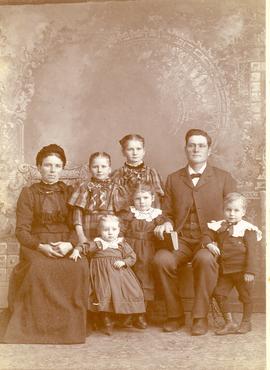 Heinrich and Helena Wall with their children

Portrait of Heinrich and Helena Wall with their children 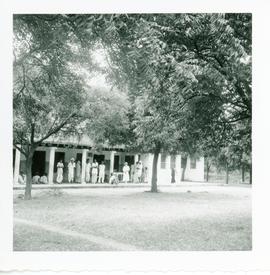 This photo is of the local hospital. Several people are standing on the porch, Large trees are shading the structure. 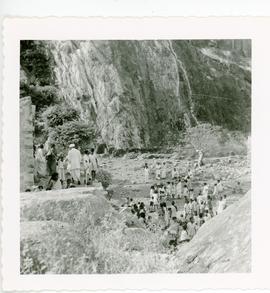 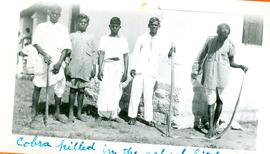 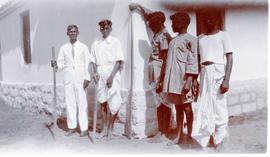 This photo is of the young men standing outside the school kitchen holding sticks and one is holding the dead cobra snake that was in the kitchen. 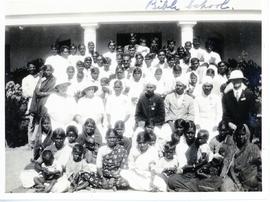 This is a photo of a large group of Bible school students. Some are standing and some are seated on the ground. There is a building in the background. They are Indian and dressed in customary dress. 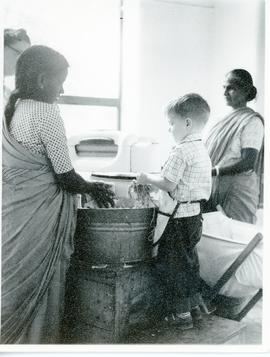