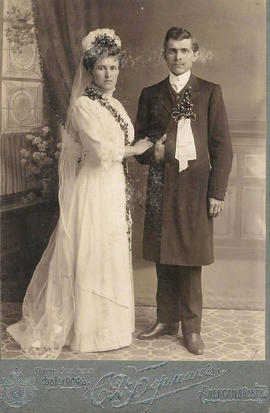 Wedding picture taken in what appears to be a studio. 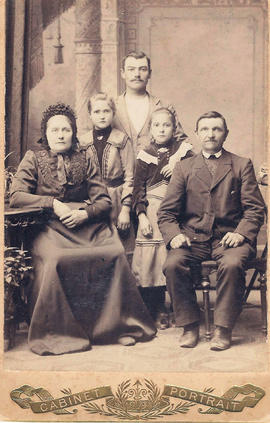 Daniel and Aganetha are seated with Anna, Cornelius and Sarah standing between them. 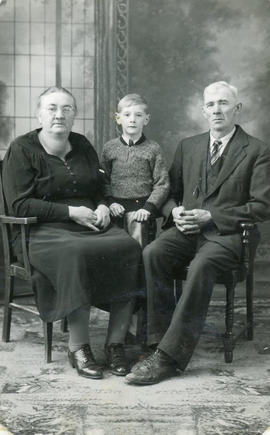 Photo of Anna and Johann seated and Stanley standing between them. 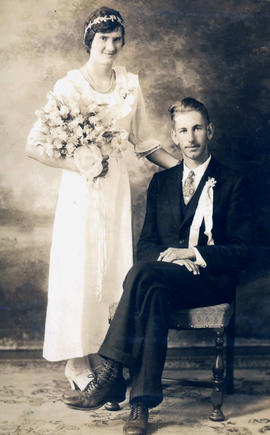 Wedding photo which appears to have been taken by a photographer. Peter is seated and Anna is standing. 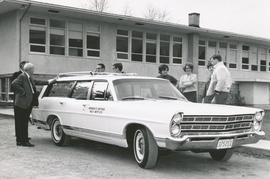 Station wagon presented by the Board

Station wagon was presented by the board for the school's use. 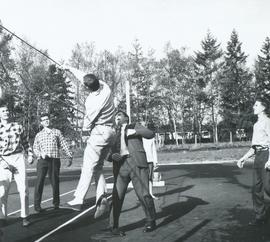 A group of students playing volleyball on an outside court. 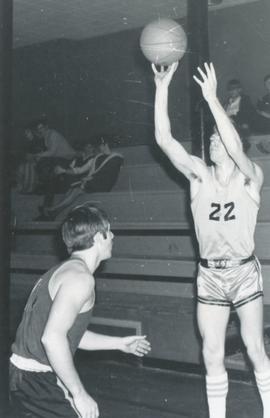 Two men playing basketball. Spectators are in the stands. 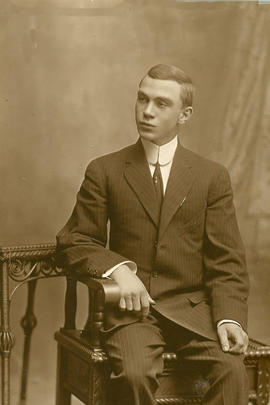 Formal photograph taken of Johann sitting which appears to be in a studio. 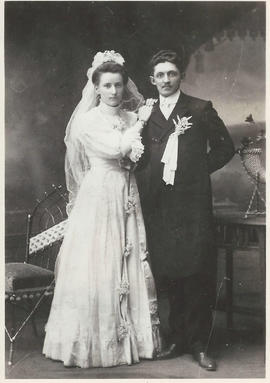 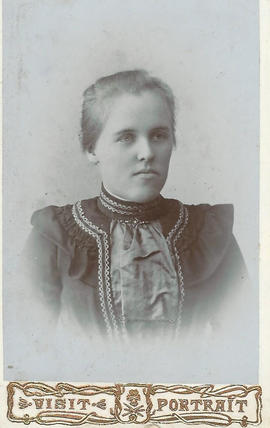 Photograph appears to have been taken by a professional photographer. 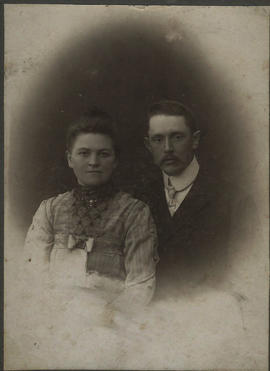 Photograph of Heinrich and Katherine Peters 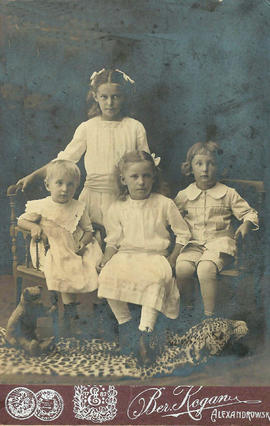 Helena is standing behind her sisters Maria, Susanna, and brother Heinrich, who are seated. 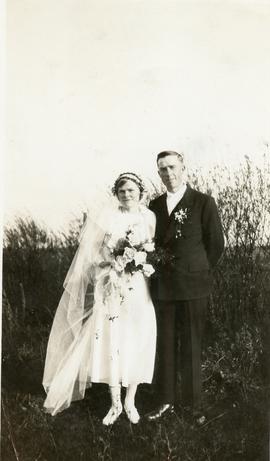 Johann Spenst and his bride

This is a photo of Johann Spenst and his bride posing outside. The bride is wearing a mid-calf length, white dress and a longer veil. She is holding a bouquet. The groom is wearing a white shirt and dark double-breasted suit with a boutonniere in ... 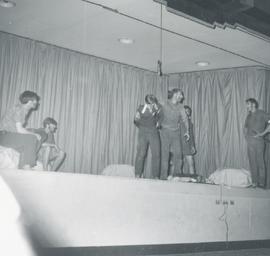 Drama "Among Thieves" performed at the "West Coast Youth Retreat", by MBBI.