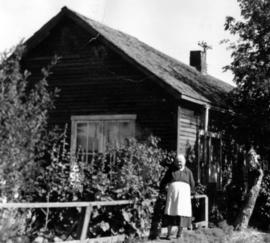 This is a photo of Grandma Susanna Funk’s home in Hague, Saskatchewan in 1949. She is standing in front wearing her large white work apron. 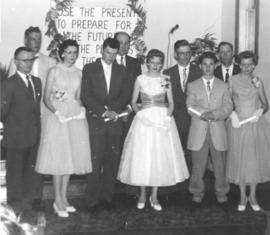 Used in the CM 6-22-12. The first high school graduation in the history of Hague. See CM for names. 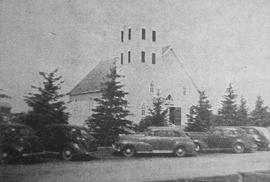 This farmhouse was the first in the Hague

This farmhouse was the first in the Hague district and was built around 1898-1899. Note the thatched roof. The late Mr. George Bergen and Mrs. Bergen, now of Altona, Manitoba, were the owners. Used in CM 3-31-2. CANNOT BE SCANNED 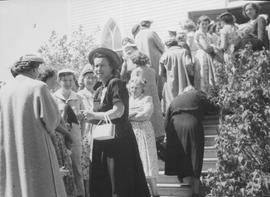 Used in CM 6-22-3. Some of the women attending the annual provincial women's conf. are seen on the front steps of the church. Mrs. John Boschman from Langham, in the foreground, was re-elected pres. 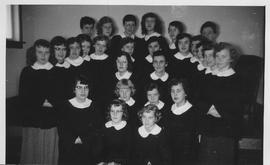 Junior Girls Choir in Hague, Sask., all wearing black tops with white collars. See Short Report in CM 7-43-7. 1 of 4 choirs at this church. Leader (not shown) was Miss Linda Ens. 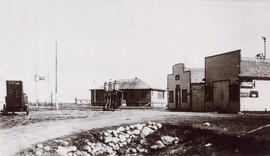 Two-room country school located 5 miles west of Hague, Saskatchewan on the east side of a rural roads intersection. West side of intersection has three gasoline bowsers, a store and a Cockshutt implement dealer. 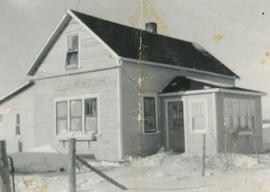 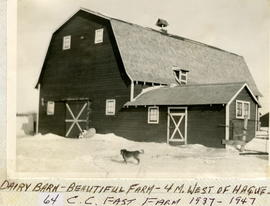 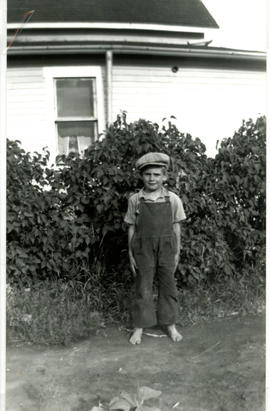 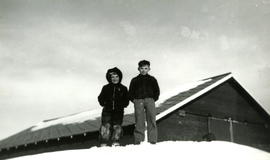 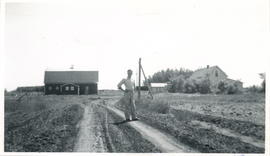 Menno Fast standing on driveway to farm yard. His age is given at 22 but his year of birth was 1932. However the Fast family moved from this farm yard 5 miles west of Hague, Saskatchewan to Winkler, Manitoba in 1947. Did Menno return to their for...