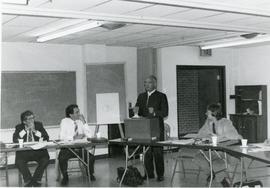 This is a photo of (left to right): James Toews, David Wetherow, David Thomas and Dean Bartel. They are participating in the October 3 guardianship consultation sponsored by Development Disabilities Services. 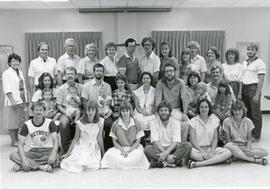 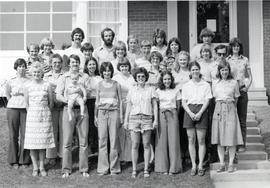 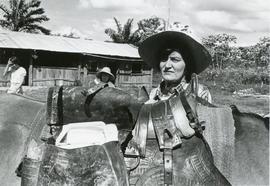 This is a photo of Frieda Schellenberg, MCC worker in Bolivia. She is standing by a saddled horse with two women and a building in the background. 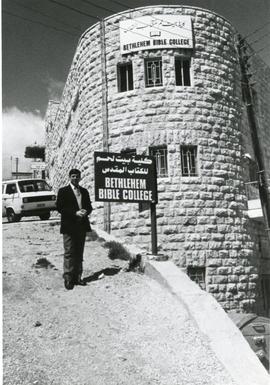 This is a photo of Bishara Awad, founder and president, standing in front of Bethlehem Bible College. 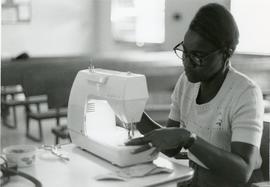 This is a photo of Beryl Demetrius sitting at a sewing machine. She is the most experienced seamstress in the cooperative sewing group started by Temple Hall Mennonite Church in Jamaica. 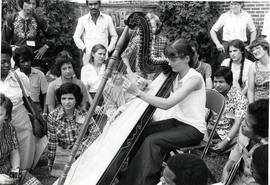 This is a photo of Mari Luise Friesen of Paraguay entertaining fellow exchange visitors with Paraguayan harp music during the MCC Exchange Visitor orientation in Blooming Glen, PA. 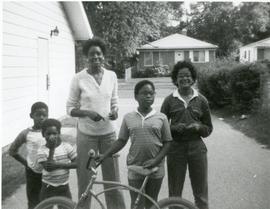 This is a photo o Terri Thomas posing for a picture with several community children who attend the activities at the Peace Community Church's day care centre. 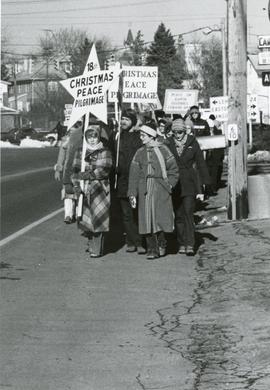 This is a photo of participants of the Christmas Peace Pilgrimage en route from Nazareth to Bethlehem. They are dressed for cold weather and are carrying signs. 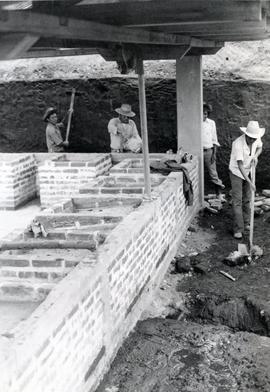 This is a photo of men working on a building project. Families in MCC-built houses in Guatemala see their monthly payments go to local projects like this "pila" where persons do the family laundry by dipping water from large concrete tan... 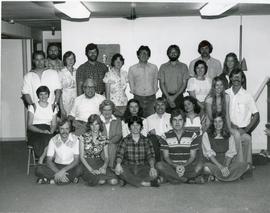 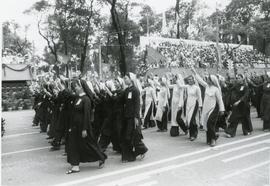 This is a photo of Catholic sisters, among other religious groups, marching in a parade marking the 10th anniversary of the Vietnam War's end. Crowds in the stands along the road are watching the parade. 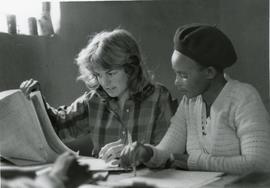 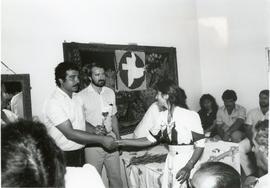 This is a photo of (left to right): MCC employee Rashid El Miari and MCCer Lowell Ewert handing out diplomas to the graduates of an MCC-supported sewing centre in Southern Lebanon. 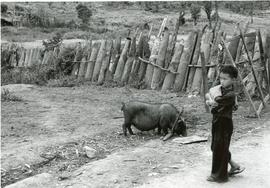 Boy and a pig in Laos

This is a photo of a young boy and a pig inside a fence in Hmung village, Laos. The fence is made out of bomb shells left over from the United States' secret war on this tiny country in southeast Asia from 1964 to 1969.