The St. Petersburg microfilming project grew out of the discovery of a rich collection of documents relating to Mennonites for the period 1789 to 1917 which were housed in the Russian State Historical Archives in St. Petersburg. These documents re... 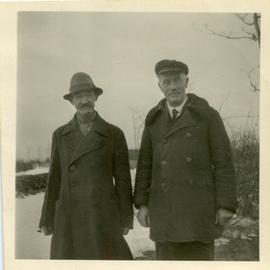 This is a photo of 2 men posing outside, with snow on the ground behind them, near former Hindenburg Monument, Tannenberg, East Prussia. The men are identified as Onkel Heinrich and Onkel Johann. 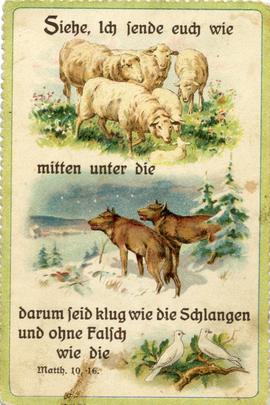 This is a greeting cards with a Bible verse in German from Matthew 10:16. In tanslation: "Behold, I send you out as [image of sheep] in the midst of [image of wolves]; so be wise as serpents and innocent as [image of doves]." On the back... 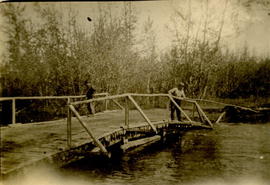 Fishing on the Bridge

2 men fishing on bridge. On photo reverse is written Valentine 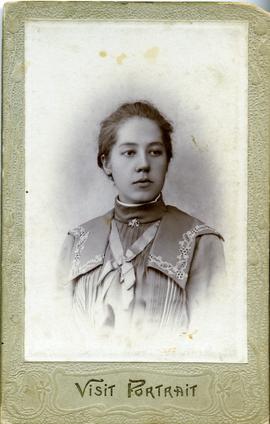 This is a photograph of Helena Epp (later Helena Priess) as a young woman.