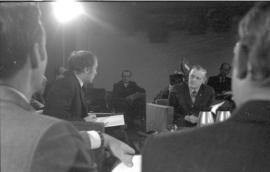 Negative also. Prime Minister Trudeau, 2nd left & seen from the side, in discussion with J.M. Klassen. Frank H. Epp at right? with back to camera. 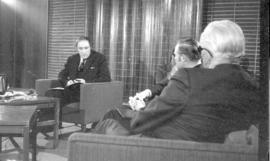 Prime Minister Trudeau faces the camera & C.J. Rempel & J.M. Klassen have their backs to the camera. 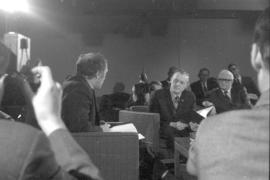 Frank H. Epp? at left, taking photo of J.M. Klassen & C.J. Rempel speaking to Prime Minister Trudeau whose back is to the camera. See CM 18-12-1 where a similar photo was used. 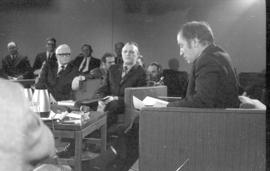 Negative also. Prime Minister Trudeau (seen from the side but more visible than in 1994-14.1163) at left, speaks with J.M. Klassen & C.J. Rempel. Other men visible in the bkgd. 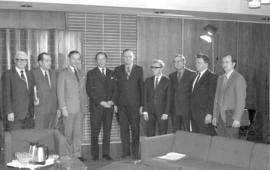 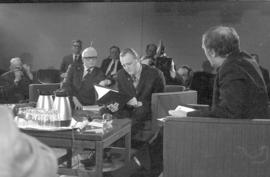 Prime Minister Trudeau at left with his back to the camera, speaks with J.M. Klassen (his head slightly down) & C.J. Rempel. Other men visible in the bkgd. 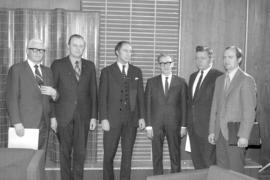 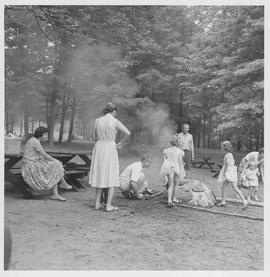 Information on back: Informal fellowship at Ottawa United Mennonite Church. A number of people are in a park, a fire is going in the ground level pit. The man at the back, standing, could be Peter Wiens, one of the oldest men in the cong. 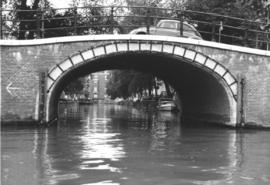 Bridge over a canal in Amsterdam 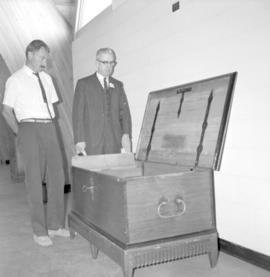 Used in CM 15-24-68. Norman Reimer (left) & his father, J.J. Reimer, pres. of the museum board (right) stand beside a chest built in Russia 100 years ago, on display in the Artifacts Building of the museum. 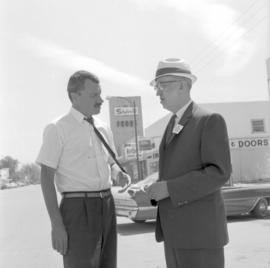 J.J. Reimer, pres. of museum & his son Norman, architect for the museum

J.J. Reimer, son Norman are in front of the new Artifacts Building

Negatives only (2). Used in CM 15-24-25 in ad by Reimer Agencies. J.J. Reimer, son Norman are in front of the new Artifacts Building with two other men. In the neg. that was not used the men are shown closer up. 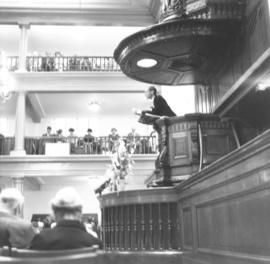 Interior of Singel church with pastor Jan P. Matthijssen in the pulpit 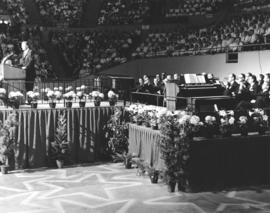