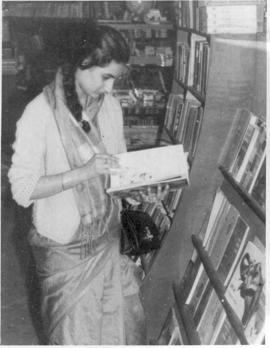 A woman looks at a book in the Ranchi bookstore

An Indian woman looks at a book in the Ranchi, India bookstore. Not found in CM. 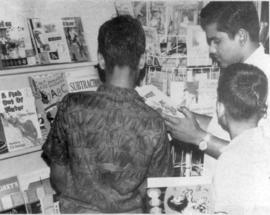 Three Indian men page through some books in the bookstore in Ranchi, India. Not found in CM. 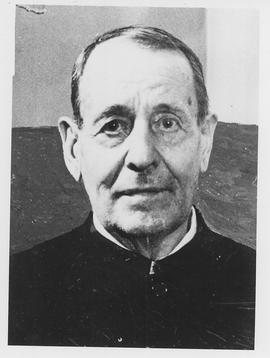 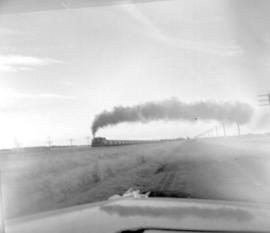 A train crossing the Canadian prairies

A train crossing the Canadian prairies. Not found in CM.

Two similar colour photos taken in the 1990's, one in summer & one in fall, of the Altona Mennonite Meetinghouse, built in the 1850's. The cemetery is visible to the left & to the right of the building. 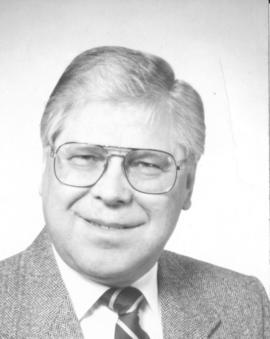 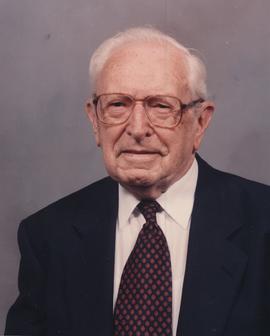 Formal photo of Herbert P. Enns. Taken 1995 for the W-K United Mennonite Church book. Donated by his daughter Carol Dick in May 2000. Published with article by Ruth Klassen in OMH (MHSO Newsletter) June 2000, p.6. Herb was a charter member of the ... 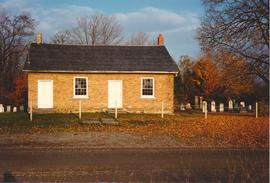 Supper meeting of the Mennonite Nurses Association of Ontario

Used in the CM 11-22-3. Nurses at a supper meeting of the Mennonite Nurses Association of Ontario in the First Mennonite Church in Kitchener (Ontario)Harvey W. Taves, the Canadian MCC Director (seated 3rd from left at the head table) was the guest... 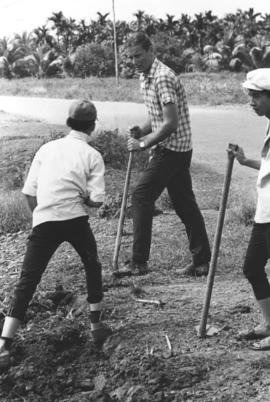 Used in CM 15-5-3 with an article. Gary Dewarle, Vietnam Christian Service worker in the checked shirt, sponsored by Mennonite Central Committee (VCS worked with MCC and other relief organizations), works on a road at a refugee camp near Saigon. ...

Used in CM 15-48-1. Doug Hostetter, Mennonite Central Committee sponsored worker in Vietnam Christian Service, supervises the bamboo cup handcraft project among refugees in Tam Ky. Beside him are a woman and 2 young boys. 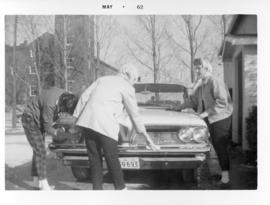 Car wash by youth of the United Mennonite Church

Used in CM 10-20-7. Car wash sponsored by youth of the United Mennonite Church in Niagara-on-the-Lake, Ontario. Shown are: Ruth Neufeld, Hertha Janzen and Barbara Schmidt, cleaning the car of Rev. Peter Klassen. The car is a 1961 Pontiac. 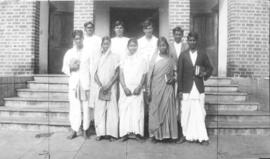 The first graduating class of the Janjgir, India Bible School

Used in the CM 4-7-5. The first graduating class of the Janjgir, India Bible School of the General Conference Mennonite Church. Two of the men are now pastors, 3 are evangelists and the 3 women serve as Bible women. They are likely standing in fro...