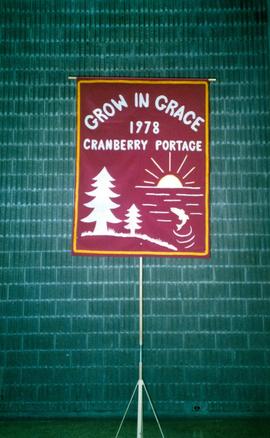 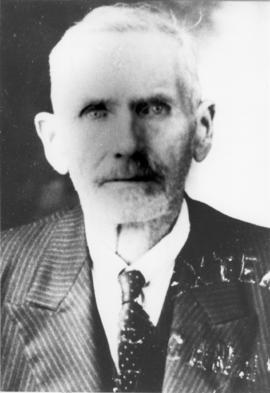 This is a photo of Henry H. Friesen (1872-1960). It appears to be an official photo, possibly a passport photo with a partially identifiable stamp in the lower right hand corner. It reads "EXTE and CANA. The subject is dressed in a suit and tie. 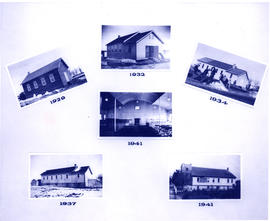 This is an arrangement of 6 photographs chronicling the development of the original North Kildonan Mennonite Brethren Church building from 1929 to 1941. The photographs begin with the picture of a small house size building in 1929. The 1932 photo ... 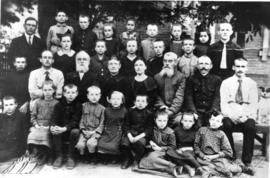 This is a 1924 photograph of a group of students and teachers at the Tiege School for the Deaf. The children and adults are arranged in 4 rows against a brick building which is largely hidden by foliage. The back row consists of 7 children with tw... 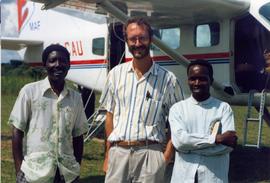 This is a photograph of Byron Burkholder taken at Kajiji at Zaire's southern border with Angola. He is standing with two Congolese church leaders in front of an MAF plane headed for Kinshasa. Local youth leader Tshiyanze is on the left and re... 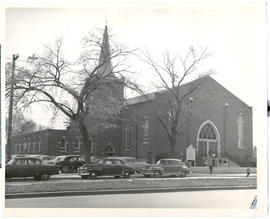 This is a photograph of the Elmwood MB Church. It shows the front of a large, brick structure. Two sets of doors lead into the front of the church. An arched window with stained glass panes is seen above the doors. Several long, narrow windows ar... 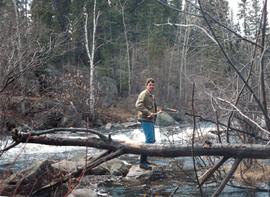 This is a photograph of Darryl Ardentt fishing. He was a summer pastor at Grace Church in Cranberry Portage. 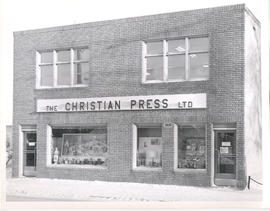 This is a photograph of the Christian Press building on Henderson Hwy. in Winnipeg, Manitoba. Snow covers the sidewalk and the windows contain Christmas displays.