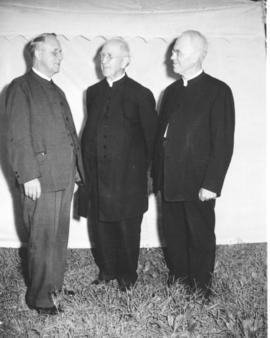 Informal photo. S. F. Coffman (middle) is standing with George J. Lapp, missionary & I.(J.)? W. Royer, pastor. The name Barbara Coffman is written on the back. Perhaps she was the donor. 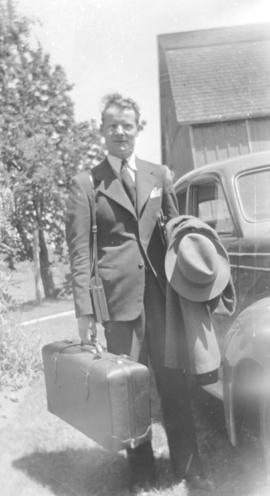 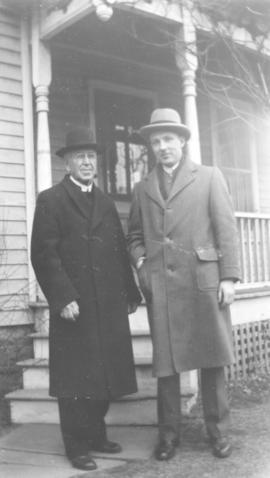 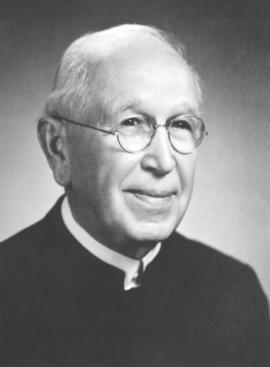 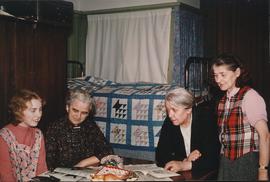 Women at an MCC post-war home in West Berlin

4 German women are shown around a table in the post war MCC home for refugee women in West Berlin, Germany. An MCC quilt is on a bed in the background. The photo was likely taken by Alice Snyder during her MCC service in Germany. It was reproduced... 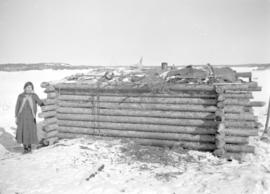 Indigenous woman standing beside a dwelling

Indigenous woman standing beside a dwelling in an open, snow covered area. Walls are made with logs and various materials cover the roof. Caption in The Canadian Mennonite: "The Old: Housing conditions for many Indians are extremely unsatisfa... 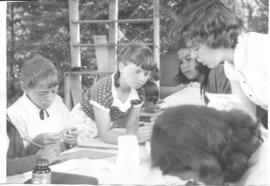 Children from Indigenous and Metis communities at a summer camp

Used in CM 7-16-8. Children from Indigenous and Metis communities with a teacher at a summer camp 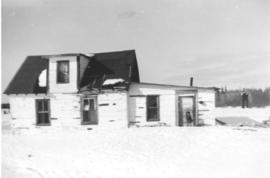 A house on Bloodvein Reserve

Caption on back reads: "Where M.P.M. is building station. A house on the Bloodvein Indian Reserve. It appears to be a good size. However at the time I visited the large part was not in use at all due to a need of repairs. A family of five wer... 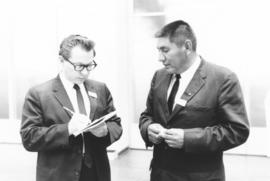 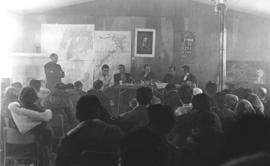