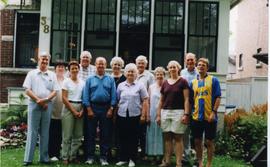 N.M. staff in front of house 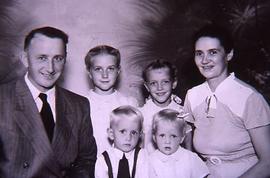 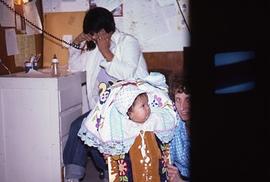 Native Ministries worker Maria Guenther with a child wearing a costume. They might be at the Walnut Receiving Home. 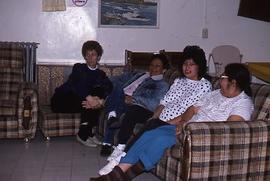 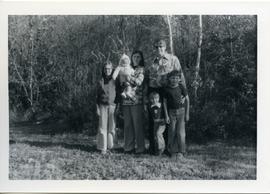 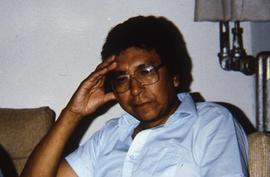 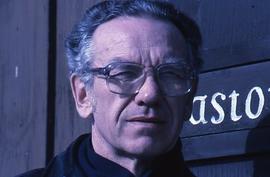 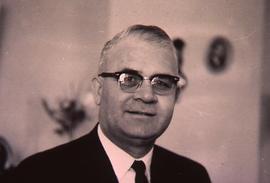 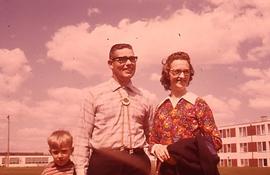 Board of Missions member John Klassen with his wife Margaret and their son. 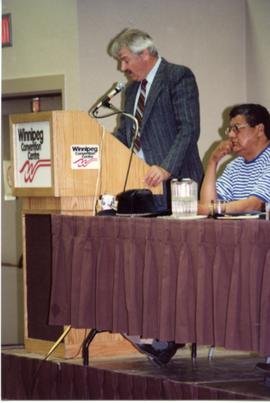 A photo of Native Ministries board member Menno Wiebe speaking at the Winnipeg Convention Centre.