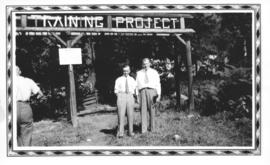 Left to right: "Bro. Wiens," J. Harold Sherk in front of sign at Emory Creek. "Bro. Wiens" could be Jacob B. Wiens of Vancouver. 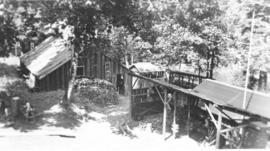 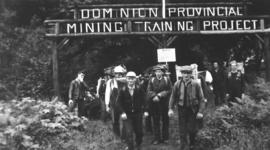 Caption on back reads: "Entrance to camp, boys coming up the steps, with packs on their back [making] their way up the mountain trail. Left to right: Martin Wiens, Eddy Dick [Edgar Dyck], Jake [Jacob] Peters, Jack [John] Boldt, Dan Klassen, A... 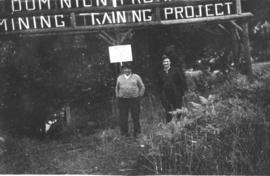 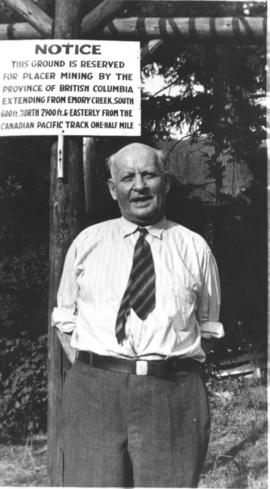 Caption on back reads: "Fred Ray the cook. Looks strange with his bald head usually has a Jeffs [chef's?] cap on." Sign in background reads: "Notice: This ground is reserved for Placer Mining by the Province of British Columbia... 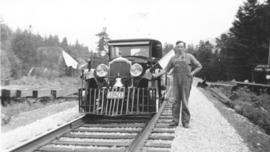 Caption on back reads: "Railroad superintendent car taken in front of camp the time they put a new deck on bridge."

Caption on back reads: "On the highway in front of the camp, facing Yale, bridge over Emory Creek in distance." Roadside sign to the left reads "Emory Lodge."