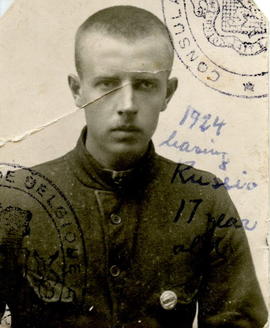 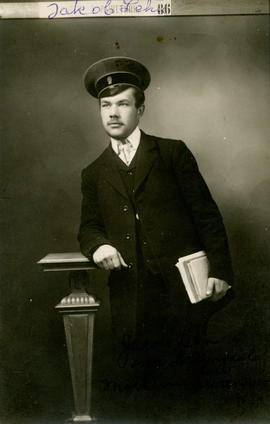 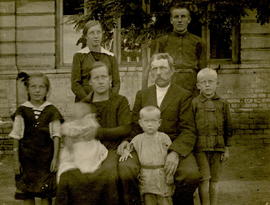 Family of 6. On photo reverse "Friends we travelled with from Russia to Canada. They went to Ontario".