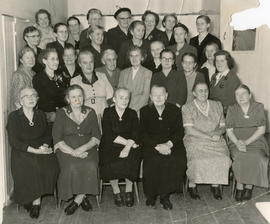 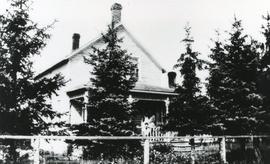 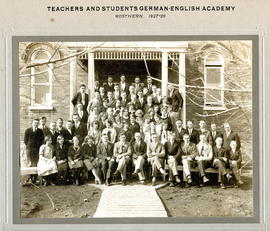 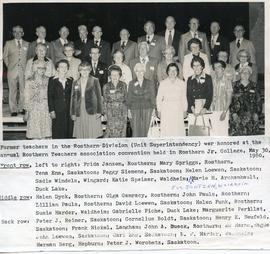 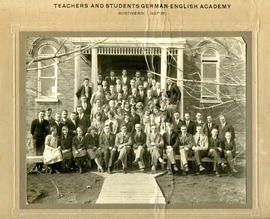 Teachers and students of German-English Academy in front of brick school building.

Yearbooks with photos of students 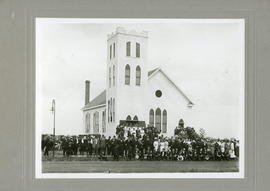 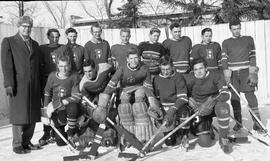 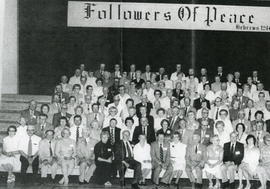 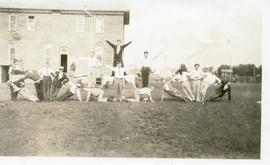 18 men form a pyramid. A 2 story brick building in background. On photo reverse is written Schmidt. 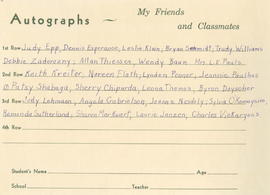 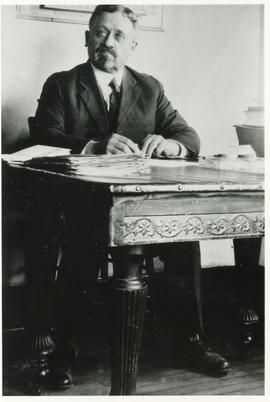 Bishop Toews at Immigration Office seated behind a table