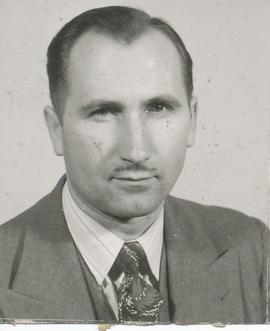 Dietrich Friesen was a music instructor. 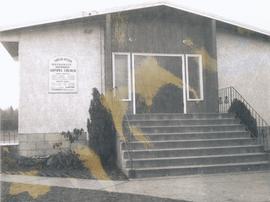 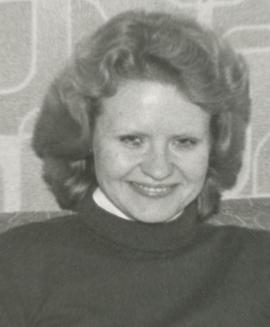 Portrait of of Judy Doell, dean of women at the school. 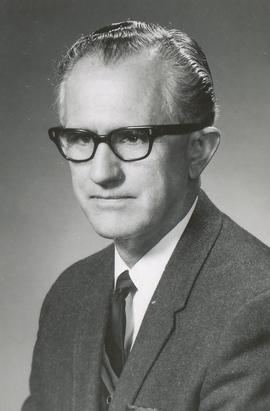 Portrait of Peter R. Toews. He served the school for a decade, including eight years as president from 1969-1977 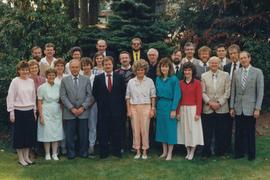 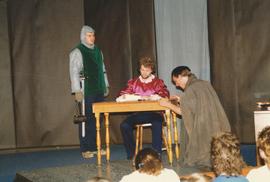 Three characters in medieval costumes are performing in a drama on stage. One of the characters, wearing a cloak is kneeling in front of a table where another character is consulting some papers. A guard is standing beside the table. 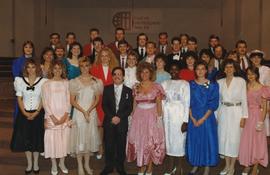 Thirty- three students including a few graduates in the chapel. 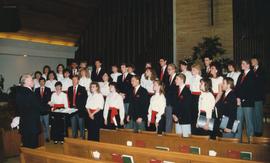 A choir is singing at Bakerview Mennonite Brethren Church. Rudy Baerg is conducting. There are thirty-five singers standing at the front of the church. The ladies are wearing white blouses and black skirts with red sashes. The men are wearing na...

This is a photo of Heather Horch, standing in center, with a senior couple, outside the main doors of Columbia Bible Institute. There is a two story building with large windows behind them. See volume 1231, binder 17, pg 86.