A set of research materials assembled by Gordon Oyer to write an article on the history Civilian Public Service in Illinois, including CPS Camp #115, Subunit #30.  CPS volunteers at this camp were "guinea pigs" for medical experiments st...

The richest materials among these photographs are the140 color slides depicing Thut's volunteer work in England with German prisoners of war after World War II and his subsequent travel in the Western United States to Civilian Public Service ...

This small set of papers focuses primarily on Weirich's Civilian Public Service (CPS) work building flood control structures in Iowa and serving as a smoke jumper. Materials include an album of photographs and documents, collected articles on...

Papers of a Harold Wik, a Mennonite service worker who volunteered with Civilian Public Service, Mennonite Central Committee and missionary to China and Malaya (West Malaysia), and his son Philip Wik.  Documents include correspondence, photographs...

This collection documents Newcomer's experiences in Civilian Public Service camps as a conscientious objector during World War II. Materials include ration books, camp rosters, photographs, miscellaneous correspondence, and a memoir of his ex...

Most of the papers are photocopies from the National Archives and Library of Congress related to Teichroew’s thesis or dissertation (never completed) about Mennonites in World War I. There is some later material also, World War 2 related. 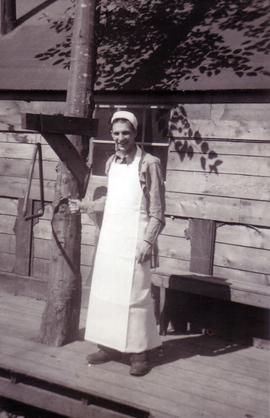 James Donald Millar, a cook's helper in a conscientious objector camp in British Columbia in 1941. Better known as Donald Millar. 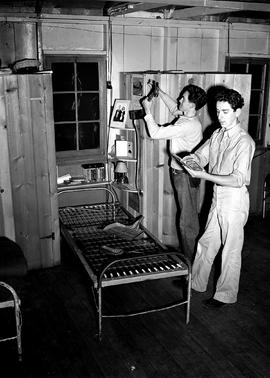