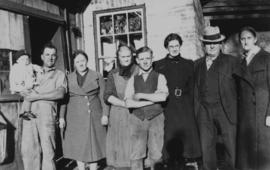 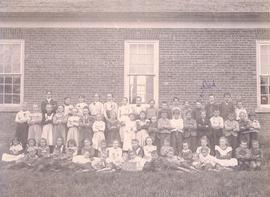 Students and teachers outside of Cassel school, 1890s. Christian K. Bender is identified in the back row, fourth from right. 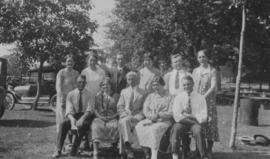 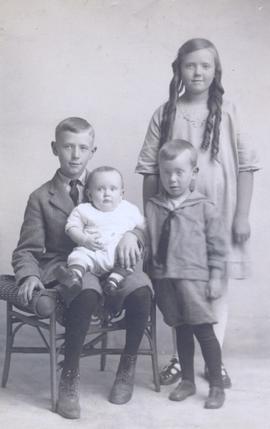 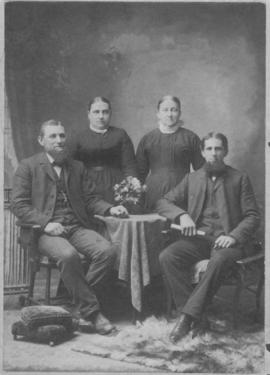 Children of John and Barbara Kennel 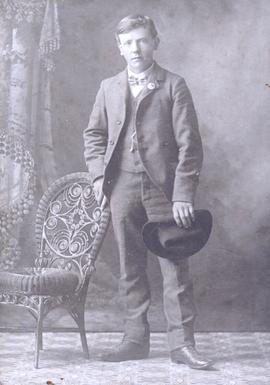 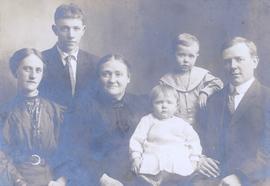 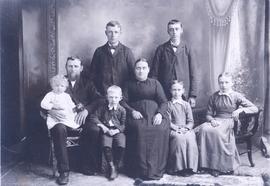 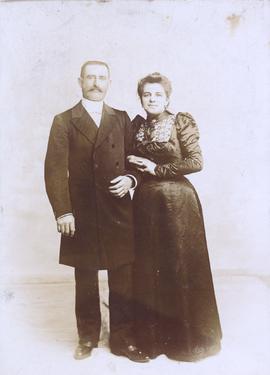 Mrs. Schweitzer may be a cousin of Anna (Kennel) Bender. 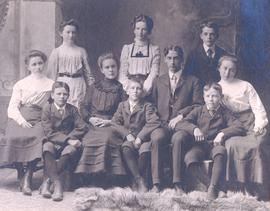 A class photograph at Cassel school, probably of upper year students and one or more teachers. Christian K. Bender is seated, far right. The teacher standing at the centre is identified as Mrs. Ferguson. 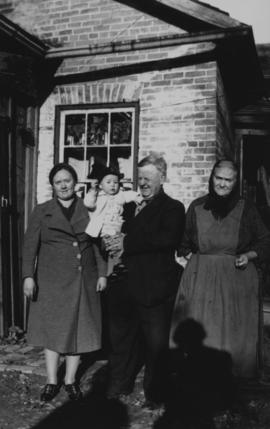 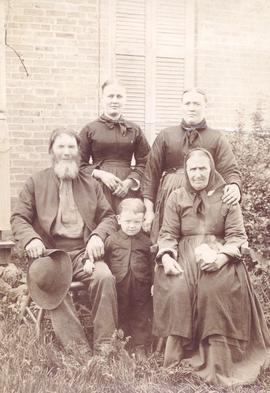 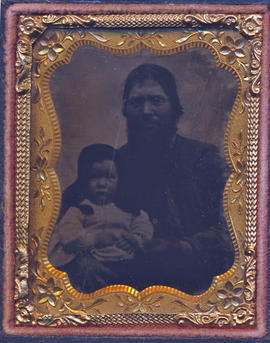 John Kennel with his daughter Annie, at about two years of age.