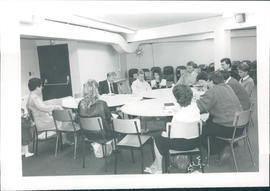 This photo is a wide-angle view of Calvin Buhler speaking to the Peden Hill MB Church congregation at the dedication service for the church. 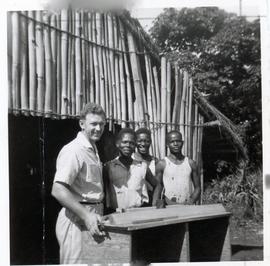 This photo is of John Esau doing wood work with three Africans. description on back reads: " This is the place where the caliber of the native carpenter meets the condition of the carpenter shop. With a meager number of tools they construct... 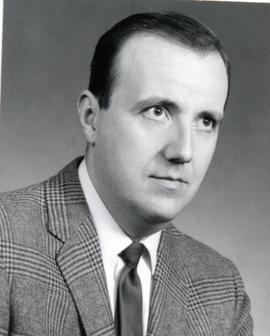 This is a photo of John Esau, a professor at CMBC. 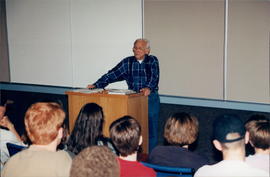 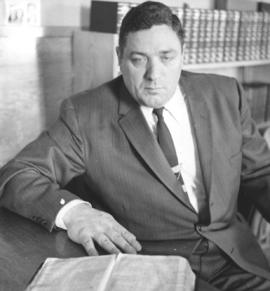 Negative also. Used in CM 8-21-10 with article on the Christian Fellowship Chapel, a church of the EMB Cf. where he was full time pastor. He is shown in his study, an open Bible in front of him. 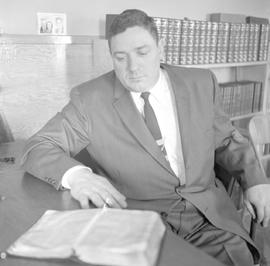 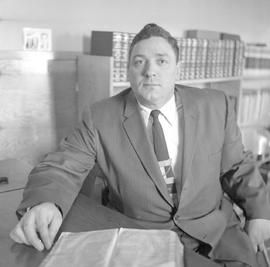 Similar to 14.458 except here he is looking directly at the camera.

This collection contains photographs of John F. Funk, family members, friends, the Mennonite Publishing Company, Elkhart buildings and parks, and several photograph albums from as early as 1860 to 1952. 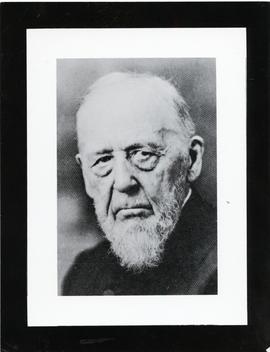 This is a photo of John F. Funk. 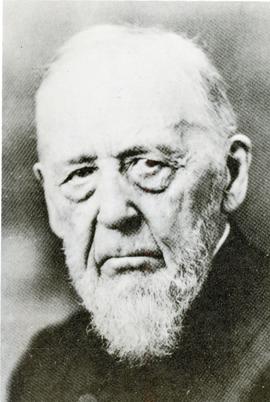 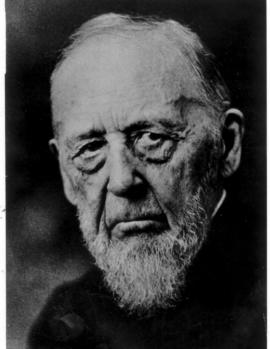