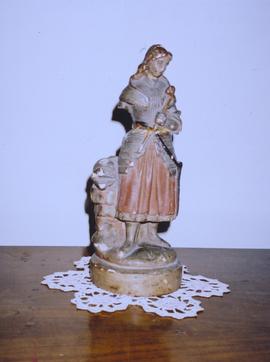 Statue of Joan of Arc

A statue of Joan of Arc brought to Canada by Joseph Kennel. 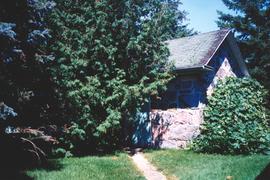 Path leading from bottom edge of photo under tree. Tree is large and takes up entire left side of photo. Peeking out from behind tree is single story stone building. Roth notes "another stone building with 2 doors; one into bake oven; another... 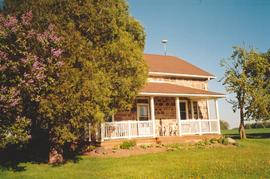 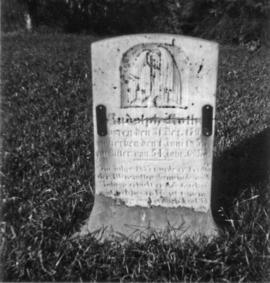 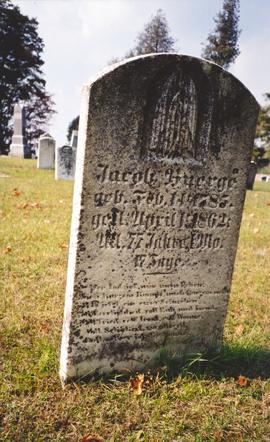 Close up view of very old tombstone. Tombstone is white, with some black at the top and in the lettering. The name "Jacob Buerge" appears on the tombstone, along with a birth and death date. There are several lines of illegible writing a...