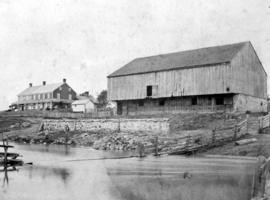 The homestead of Daniel and Veronica (Schneider)

The homestead of Daniel and Veronica (Schneider) Martin(married April 8, 1823) at Wagner's Corners (on the west side of Weber St.) in what is now the north end of Waterloo. Not printed.

A sketching of the buildings on the north side

A sketching of the buildings on the north side of King Street between Queen St. and Frederick St. Used in Hannes Schneider, p. 120G. Related photograph in file 1994-1.46.

A sketching of buildings on the north side of

Photographs collected from hundreds of refugees and immigrants by Rev. Gerhard Lohrenz (1899-1986) and used for publication in the book entitled "Heritage Remembered" (first edition, December 1974; second edition, September 1977) are con... 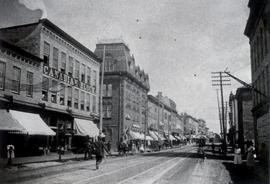 Canadian Block at northwest corner of King and 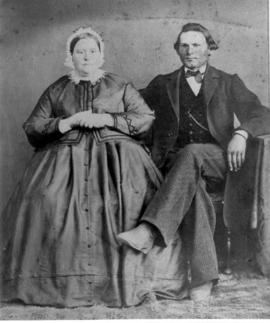