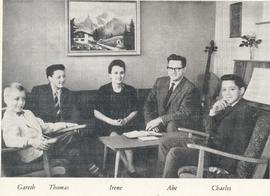 Abe and Irene Neufeld, msissionaries in Tulpengasse, Vienna Austria and their sons, (left to right): Gareth, Thomas and Charles 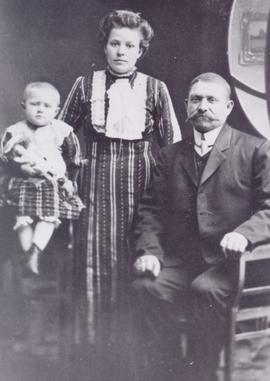 Abe Enns with his second wife, Maria (Chernetsky) Enns and daughter Katharina in Russia. Katharina was born in 1912 and she appears to be under a year old with a doll on her lap in this picture. 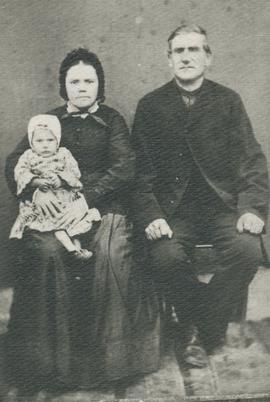 Abraham and Anna (Derksen) Enns, parents of Heinrich Enns, taken in a studio in Russia. Anna is holding a child who looks to be about six months old. Is this their oldest daughter Maria born in 1861? 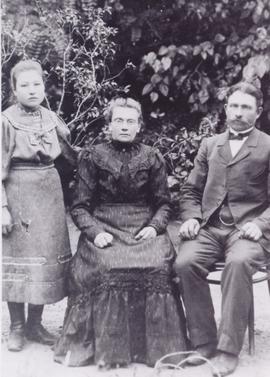 Abraham A. and Katharina Enns

Abraham A. and Katharina (Riediger) Enns sitting on chairs with an unidentified girl standing on her left. Katharina was Abraham's first wife. 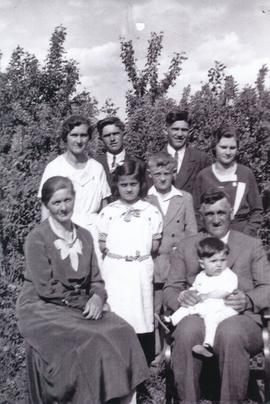 Abraham A. and Helena Toews family 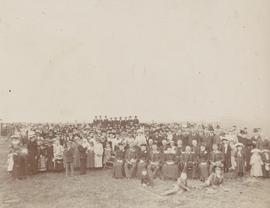 Family and friends celebrating the silver wedding anniversary of Abraham Franz Martens and wife Sarah (Penner) Martens. They were married in 1872 so this picture was likely taken in the year 1897. 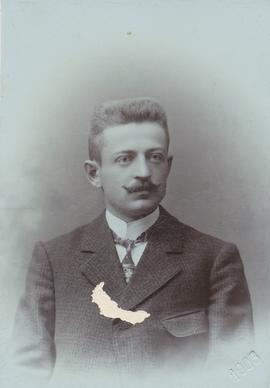 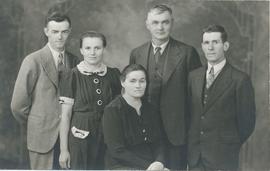