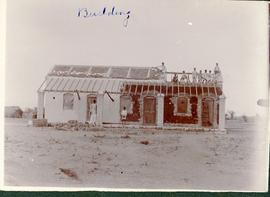 A building in India

This photo is of a building in India in the process of being built. There are men standing on the roof of the building and two in the front. 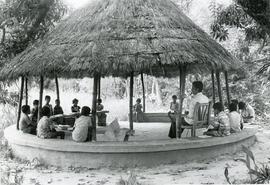 This is a photo of children and their teacher in a classroom at Khelaghar. The classroom is a round structure with a low wall, open sides and a thatch roof supported on bamboo poles. The teacher is sitting on a chair and the children are on the lo... 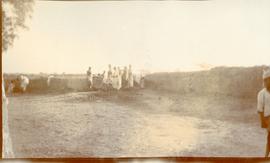 This photo is of a group of people standing in the distance with what appear to be water jugs at their feet. The group is leaning against some type of wall. On the far left of the group there are two other people, one kneeling and the other bendin... 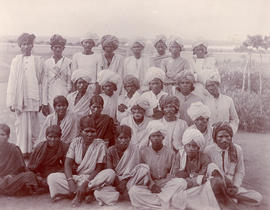 A group of unidentified Indian Christians

A group of unidentified Indian Christians 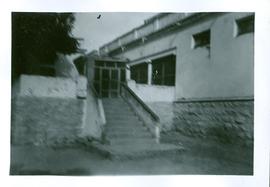 A house in India

This photo is of an entrance to a house or building in India. There are eight steps leading to the door. 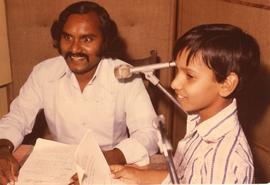 A man and a boy

This photo is of an East Indian man and a boy sitting in front of a microphone [recording a Christian radio show?]. 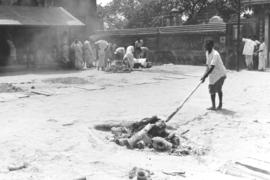 A man is stoking an open fire in the middle of an empty courtyard. In the background, close to the building they may be preparing a dead person for cremation. 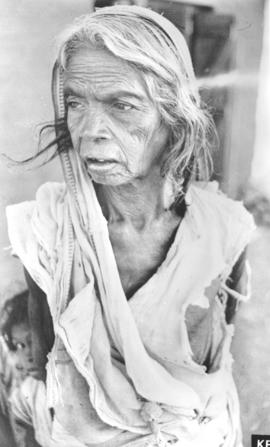 A mother aged by chronic malnutrition and dehydration

Used in CM 15-16-1. A mother aged by chronic malnutrition & dehydration waits at the distribution center in the province of Bihar. A young child (hers?) peers out from behind her. Initials in right hand corner of photo: KF. 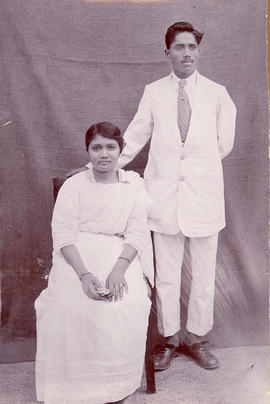 A newly-married Christian couple in India

A newly-married Christian couple in India 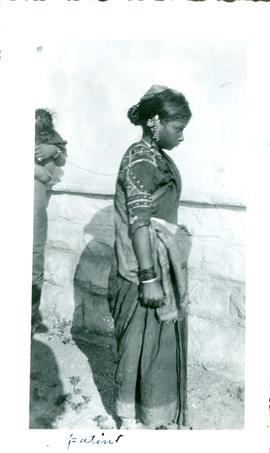 This photo is of an East-Indian woman standing near a wall looking to the side. The caption on the photo is "patient". 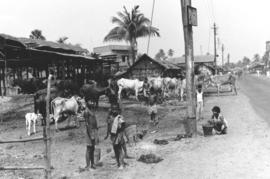 A street scene in India

A street scene in India, the place is unidentified. There are many cows at the side of the road, some buildings also and children in the foreground. Related to 2010-14.561, with which it was together. 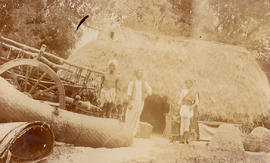 Indian villagers standing next to cart in front of grass hut 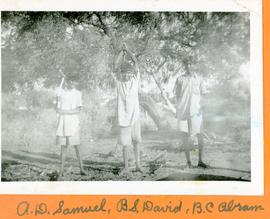 This photo is of 3 young men holding bats in various positions. They are standing under a shade tree. Their names are; A.D. Samuel, B.S. David, B.C. Abram

This photo is of the A.M.B. Mission Hospital in Deverakonda.

This photo is of a man sitting at a desk, admitting a woman and her baby into the hospital.