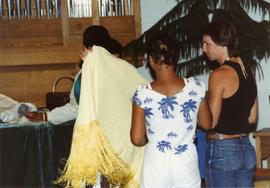 This photo shows the Widricks at Mennonite World Conference in Winnipeg. Cara Widrick is on the left. Terry is on the right. 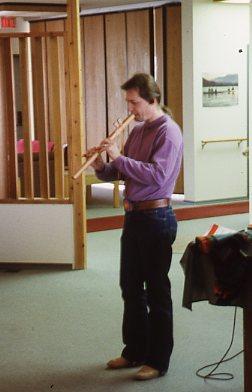 Terry Widrick is playing a flute. 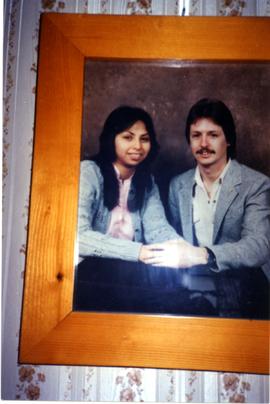 A close-up of a photograph of Cara and Terry Widrick that is hanging on a wall. 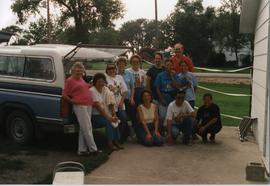 Group photo next to a truck

A group poses for a photo beside a truck outside the community centre in Neubergthal, Manitoba. Elizabeth Marchin is seated on the back of the truck. Back row (left to right): Jean Friesen, Elizabeth Marchin, (?), Hilda Franz, Ella Sawatzky, Terry... 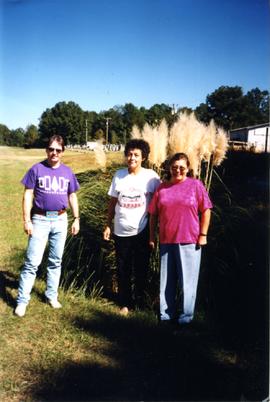 (Left to right) Terry Widrick, Liz Detweiler, and Joyce Grimard are standing in front of some tall grass in Mississippi. 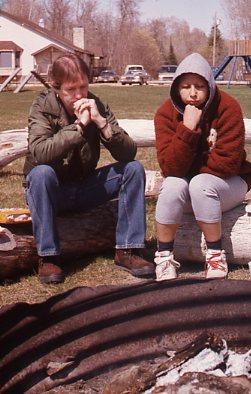 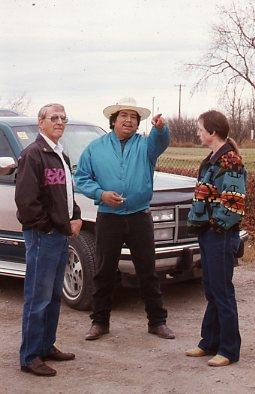 Alvin and Terry in Alberta 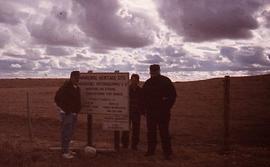 (Left to right) David Neufeld, Terry Widrick, and Martin Cross standing next to the heritage site sign next to a field at Ancient Echoes Interpretive Centre in Herschel, Saskatchewan. 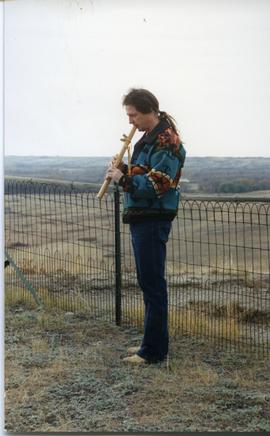 Terry Widrick is standing next to a fence playing a wooden flute. 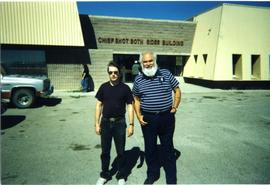 Terry Widrick (left) and Martin Cross (right) are standing in front of the Chiefshot Both Sides Building in Stand Off, Alberta which is located on the Blood Indian Reserve.