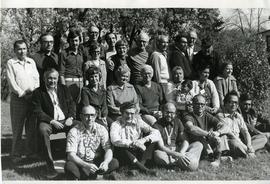 A group photo of attendees at the Inter-Church Seminar. Jacob Unrau is second from the right in the back row, wearing a tie. Abe Hoeppner is in the front row, far left. Henry Neufeld is sitting beside him. 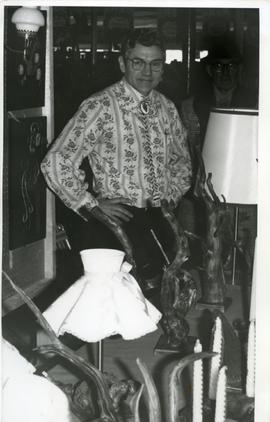 A photo of Henry Neufeld wearing a floral-patterned shirt and an Indigenous bolo tie. 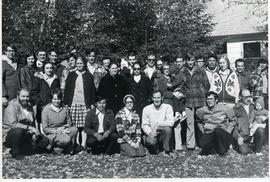 A group photo of the language study class in Red Lake, Ontario. The first three of back row (left to right): Neill von Gunten, Ruth von Gunten, Henry Neufeld. Far right is Felix Fisher with Henry Hostetler standing next to him (wearing a zipped-up... 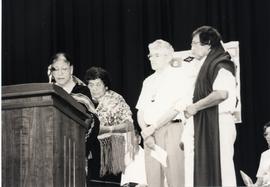 Four people are standing at the pulpit during a joint General Conference/Mennonite Church session. It might be from the first assembly in Normal, Illinois. Henry Neufeld is second from right, wearing a white shirt. Lawrence Hart is on the right. 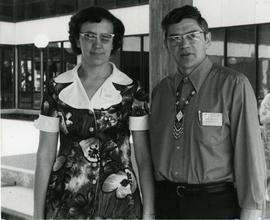 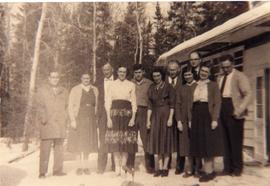 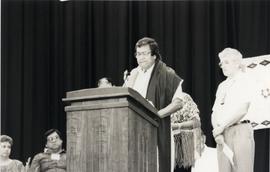 Lawrence Hart is speaking at a joint conference session for different Indigenous-church groups. It is possibly the inaugural session in Normal, Illinois. Henry Neufeld is on the right, wearing a white shirt. 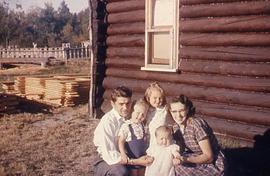 The Henry and Elna Neufeld family in Pauingassi, Manitoba where they served as Mennonite Pioneer Mission missionaries. 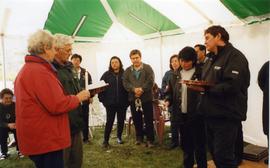 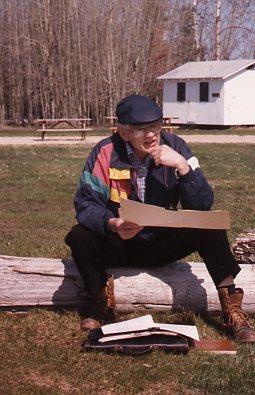 Henry Neufeld is sitting on a log while teaching at Beaver Creek Bible Camp.