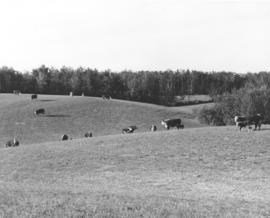 A picture of cows roaming a Manitoba pasture.

A picture of cows roaming a Manitoba pasture. Used in CM 14-13-47. Related article on same page. 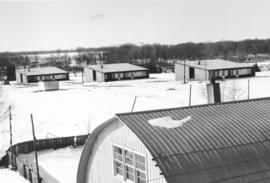 A poultry barn used in an advertisement for A.K.

A poultry barn used in an advertisement for A.K. Penner & Sons, General Contractors & Building Supplies. Used in CM 17-40-8A. 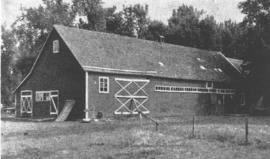 A traditional shed, barn and dwelling place in a

A traditional shed, barn and dwelling place in a Mennonite village in Manitoba. Used in CM 18-46-7. Duplicate photo included in file. 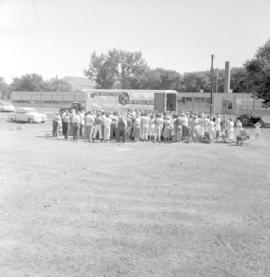 A trailer of Brunk Revival Campaign

Negatives only, 4. 3 negs. show a trailer of Brunk Revival Campaign, open at back, & group of people beside it. In neg. # 9 group of men gathered at right (volunteers who helped put the tent up?); at left H. J.Gerbrandt ? (of Altona, Bergthal... 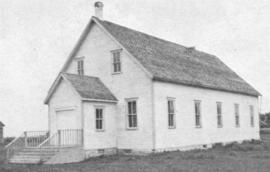 A typical Sommerfelder Mennonite church, traditionally white with grey trim. Not a photo but rather a picture cut out of a magazine. Used in CM 18-46-6. 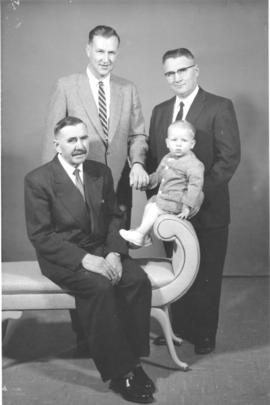 A. A. Teichroeb family 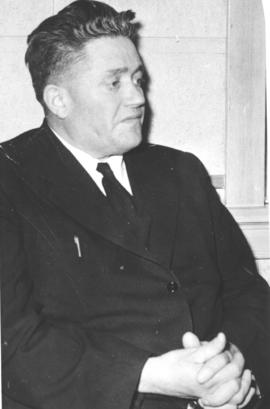 Informal photo. Used in the CM 2-48-7. He was a "farmer evangelist" who spent much of the winter mo. preaching in Mennonite Churches in Man. & other provinces. Here he is sitting in a cloak room in achurch in S. Man. 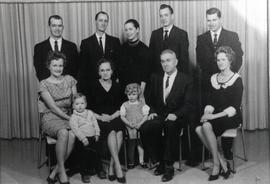 This photo is of Abram and Susanna Wieler and their family. Standing in the back row from left to right are: Peter, Alfred, Irmgard, Henry (Heinz), and John Dyck. Seated in the first row are: Esther, Bradley, Susanna, Brenda, Abram Wieler, and Edith. 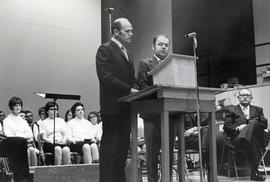 This photo is of a group from MB Communications. At the podium are Alfred Dick, on the left, and John C. Klassen, on the right. Rev. Martin Durksen is seated at the right side of the photo. A choir is sitting in the background. 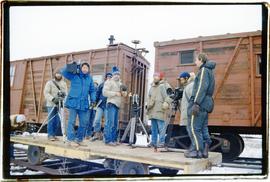 And When They Shall Ask film crew.

This photograph is of the film crew for the video And When They Shall Ask. The crew is standing in front of two red rail cars with their film equipment.

Negatives only, 2. Two views of audience at Brunk Revival Campaign in Man. Top neg. shows center aisle with ushers or other workers. 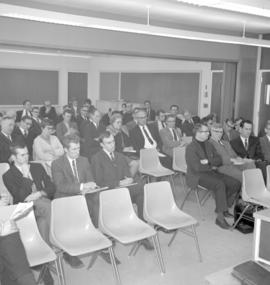 Audience listening to discussion at the MCC 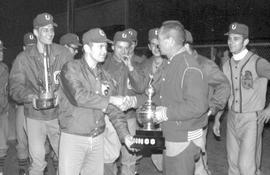 Negative also. Blade Knights, Fast ball team (baseball) wins Man. Championship, 1969. Team coach is being congratulated as he receives the trophy; players are in the background. 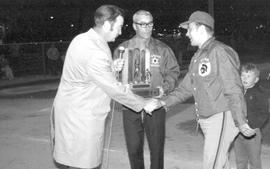 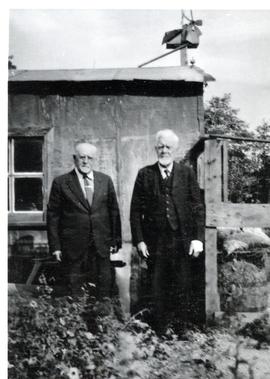 Brothers Peter and Gerhard Froese, in vested suits and ties both with short beards, standing in front of shed.