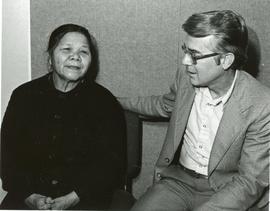 This is a photo of (left to right): Hieu Nguyen, Vietnamese refugee and Don Sensenig of MCC U. S. Immigration & Refugee Program. Nguyen donated her time to clean and stack 7,000 to 10,000 bricks at the new SELFHELP Crafts warehouse in Akron, Pa. 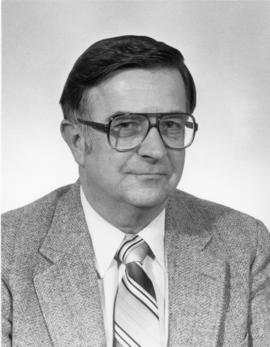 This is a photo of John A. Lapp. 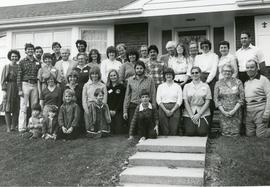