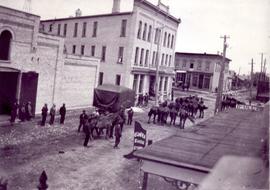 The two large buildings on the left are the newly built Zilliax Hotel and stables, on the north west corner of Church and Arthur Streets, Elmira. In the Elmira Signet, October 10, 1898, J. Letter and Son of Waterloo was listed as the contractor re building the stable of the Zilliax block after a fire had leveled it. (The fire levelled several buildings along the street included the wooden Zilliax hotel.)

Across Arthur Street, is the two-storey Dreisinger building (formerly the Wachsmuth Block). It had an addition built on the back in 1912, so this dates the photo between 1898 and 1912.

In the Elmira Signet, January 29, 1920, information about the sale of the stables is given: "Further, the sale of the Ziliax sheds to Mr. W. C. Quickfall as a garage will deprive our farmers of the principal shed remaining."

It's possible that the horses are being taken to the corner for a sale which was held regularly. 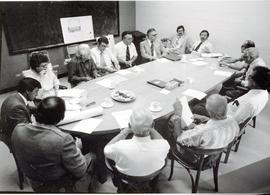 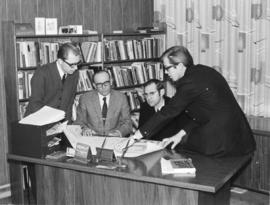 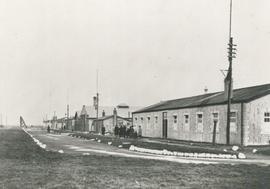 En route the emigrants stayed in Atlantic Park Hostel which was operated by Canadian Pacific-Cunard White Star Steamship lines near Eastleigh, England. The hostel consisted of barracks and offices. 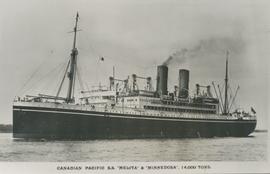 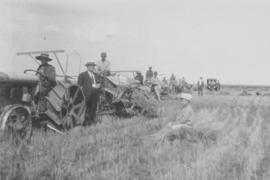 Tractors in a field

Tractors in the field and the drivers. One car at the end of the line of tractors. Mr. G.G.. Hiebert standing at the side of the first tractor.

A group of tractors

Tractors in the field plowing for MCC and people on the street watching. 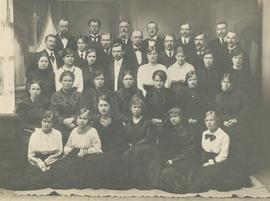 A mixed choir in Russia

A studio photo of a choir in Russia consisting of 20 females and 14 males of mixed ages ranging from quite young to more senior members. The men are all wearing suits and neckties. 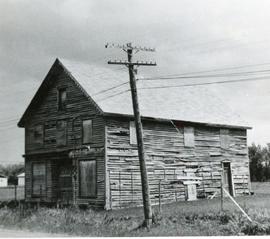 This is a photo of the side and end of the 2 1/2 storey Hudson Bay Company building.

Descendants of Samuel D. and Elizabeth (Brech) Betzner gather at the farm home which had been in the family for five generations. The reunion marks the centenary of its purchase by Samuel D. Betzner. Label on bottom left corner of the photograph reads "Betzner Reunion 1917. Beulah Moss."

A large group gathered outside in a village setting. A label on the photograph reads "Congregation at Sirko, Basma." This is likely related to the work of missionaries Lillian and Cyril Forth, with the Sudan Interior Mission. The Stirling Avenue congregation were supporters of the Forths. 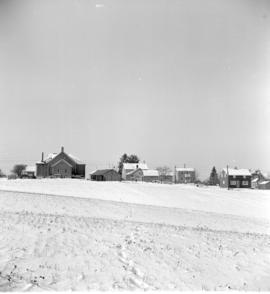 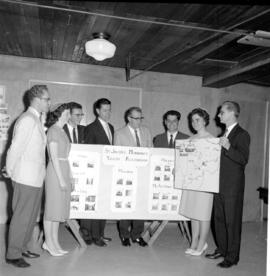 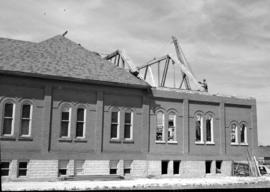 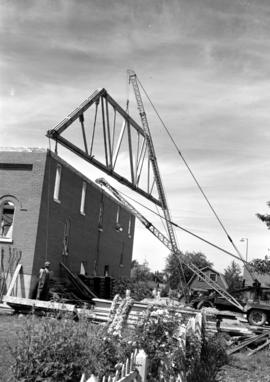