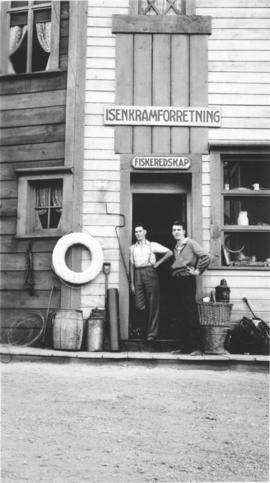 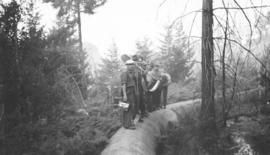 COs on the water pipeline 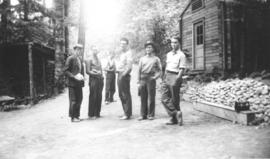 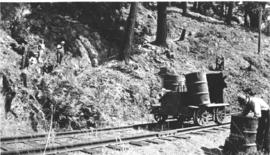 Crew wetting down a railroad fire

A crew putting out a railroad fire with water transported there on a dolly. Caption in album reads: "Crew wetting down RR fire with water from section crew’s dolly." Caption on back of photo reads: "At work on a RR. fire one Sunday ... 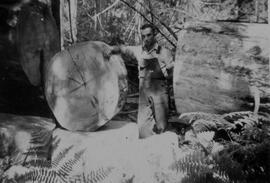 Cutting firewood from a felled snag 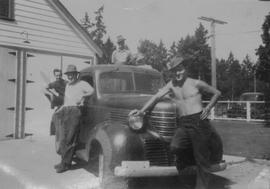 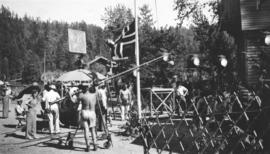 Filming "The Commandos Strike at Dawn" 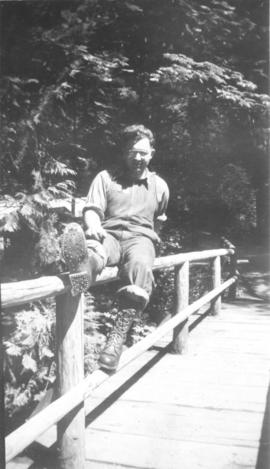 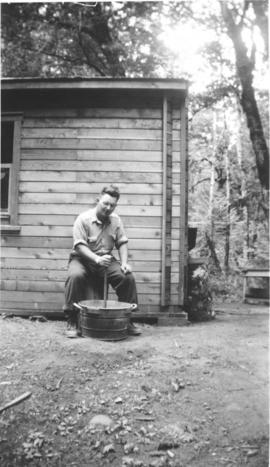 Five men creating a fire trail through the woods. Caption in album reads: "Making fire trail." Caption on back of photo reads: "Putting in fire trail on Hollem fire." 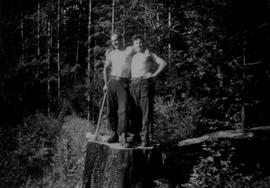 Mel Burkhart and another man

Mel Burkhart and another man standing on a tree stump. Caption in album reads: "Mel Burkhart + ?" 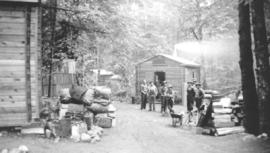 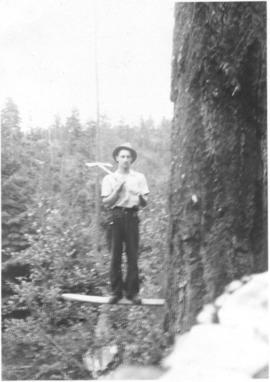 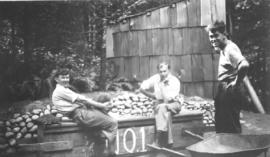