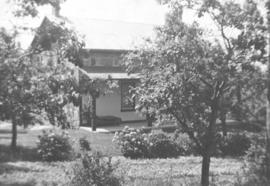 The house on the Agatha and Abraham Dick family farm. The Dicks moved to the farm in 1930. The house itself is much older. 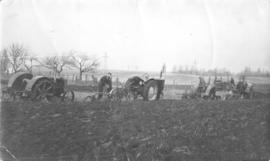 Neighbours of Agatha and Abraham Dick use tractors to plow the Dick fields in fall 1938. Abraham was recuperating from a broken back and unable to work. The neighbours surprised the family by showing up in early November 1938 for a "plowing ... 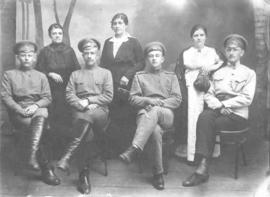 Family photographs collected by Sarah Dyck of life in Russia and Canada.The family immigrated to Canada in 1924.

A panoramic photograph of a reunion of former residents of the Terek Mennonite Settlement. The photo also includes some of their descendants.Written on back: "Terek Group? Picnic - Dunnville? Port Rowan? Fort William? mid/late 40's.&quot... 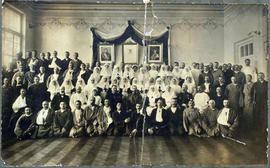 Tsar Nicholas II with staff and patients at a military hospital

Tsar Nicholas II (seated on chair at centre of photograph) is surrounded by patients, Red Cross workers and other staff at a hospital for wounded men in Ekaterinoslav, South Russia. Abraham Dick was present at the hospital that day, but was standi... 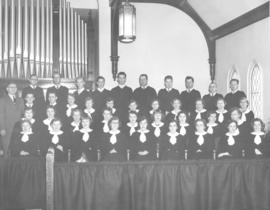 Group photograph of the choir of the Waterloo-Kitchener United Mennonite Church. At far left is choir director is Jake Enns. Others pictured in the photograph include Walter Braun, Jacob Braun and Sarah Dyck.