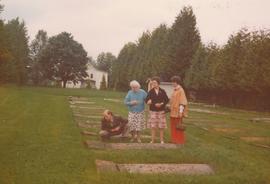 A man and three women are examining a gravestone at a cemetery in Neuwied, Germany. 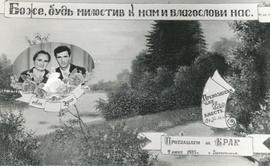 Photo of Anna and Eduard, imposed on a lake scene. 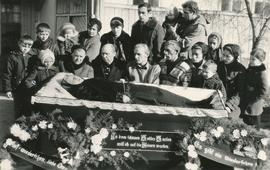 Eduard and Ari's mother in coffin

Eduard and Ari's mother in her coffin, is surrounded by 17 family members. A motto in front of the casket reads, "In God's beautiful garden I will wait for my family." Another one reads, "We will see each other again." 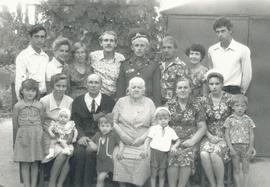 Photo of Hans and Ira imposed on a forest scene 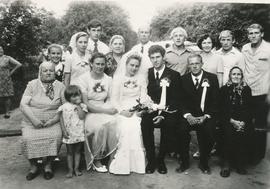 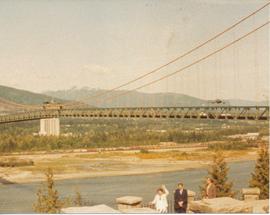 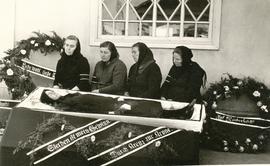 Mother in coffin surrounded by daughters

Mother in open coffin surrounded by four women, possibly her daughters. Mottos read "Death is my victory," " Through the cross to the crown," We will see you again."