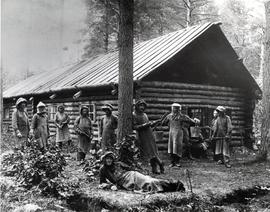 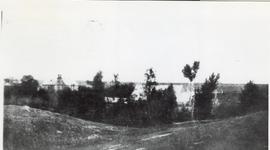 Bethania at Alt-Kronsweide by Einlage

The psychiatric institution "Bethany" in Alt-Kronsweide near Einlage, Chortitza (also referred to as the Bethania Mental Hospital). The tops of two buildings are partially visible behind a row of trees. Barely legible printing at the bo... 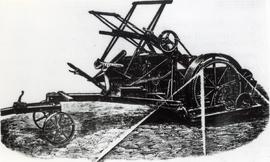 Picture of a binder used in agriculture in [pre-revolutionary Russia ?]. Possibly taken from a newspaper picture.

This photo is of the Chortitza Girls' School. It is part of the Prominent Mennonite Buildings Calendar, 1995. (Filed with oversized photos) 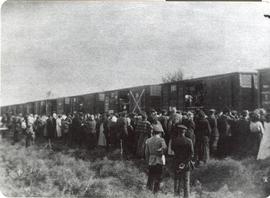 This photo is of the departure of a group of emigrants at the Stulnevo station (formerly Klippenfeld), north of Waldheim, Molotschna, South Russia, ca. 1925. A large group of people is facing away from the camera toward the freight train. The tra... 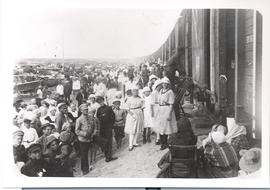 Departure of train in Lichtenau

This photo shows a crowd gathered at the Lichtenau train station upon the departure of many for Canada. A woman sits on a chair with her back to the camera. Young men stand near the open door. Ladder wagons can be seen in the background on the ... 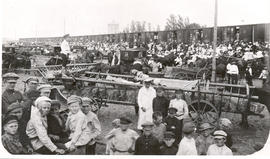 Departure of train in Lichtenau 1924

This photo show the crowd gathered at the Lichtenau train station in Molotschna Colony in early July 1924 as many boarding the train, starting their emigration from Russia. Boys sit on ladder wagons with the train and box cars in the background. 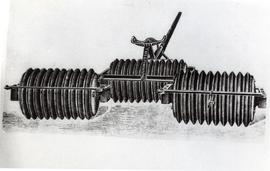 A picture of a farm implement in South Russia. The machine has three sets of large disks on 3 axles held together on one frame. A seat and hitch are included. 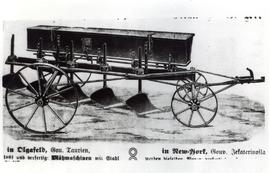 A black and white photo of a drawing of a farm implement, possibly from an advertisement. It is a seeding plow with a long box on top for the seed and a row of metal shovels below the box to cultivate the ground. A similar image was published in D...