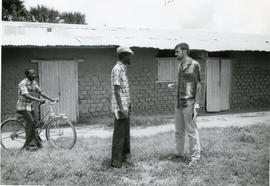 Two men in conversation in Chad

This is a photo of two men in conversation outside an adobe brick house with a corrugated metal roof. Another man on a bike is looking on. 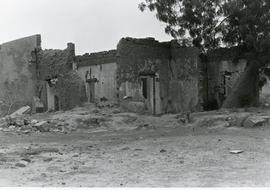 Crumbling homes in Chad after war

This is a photo the crumbling mudblock walls of homes in Chad. During the 1982 war in Chad, looters took roofs, windows and doors, leaving the walls vulnerable to the rains. An interchurch committee, with help from international donors including M... 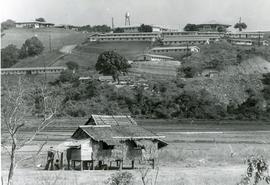 This is a photo of a traditional thatch home of Morong rice farmers. In the background are new housing and recreational facilities for the construction staff building a nuclear plant in the Philippines. 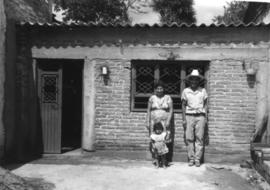 This is a photo of a family of three standing in front of their new house in Ciudad Guzman. Many houses were destroyed in last September's earthquake and Mexico City Mennonites, Mennonite colonists and MCC worked on a joint project to build n... 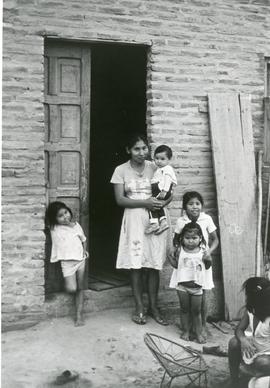 Woman and children in Bolivia

This is a photo of a mother and children standing near the door of their recently constructed brick house in 18 de Marzo, Bolivia. 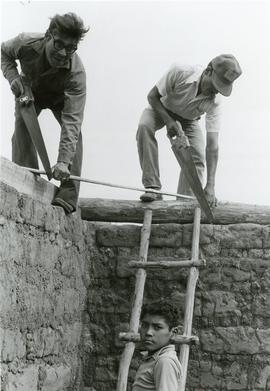 Building a shelter with adobe bricks in Nicaragua

This is a photo of two men and a boy building a shelter with adobe bricks. They are of the thousands of Nicaraguans who have fled the U. S.-sponsored counter-revolutionary activity near the Nicaraguan-Honduran border. 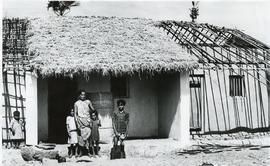 This is a photo of a family standing outside one of the 99 houses, at a village in Orissa State, India, built with MCC help following a disastrous flood in September, 1980. 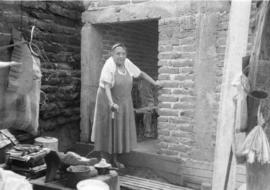 This is a photo of an elderly with a cane standing outside her new home which was built in the MCC earthquake reconstruction project. She lost her home in the 1985 Mexico earthquake. 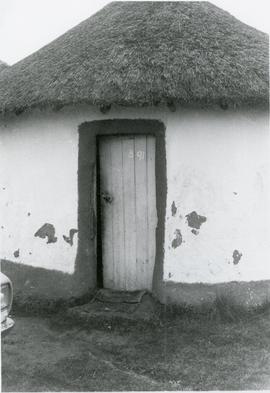 House in South Africa that will be dismantled

This is a photo of a thatch-roofed house in Mgwali with numbers painted on the door, signaling that the house will be dismantled as part of the relocation of Mgwali villagers. 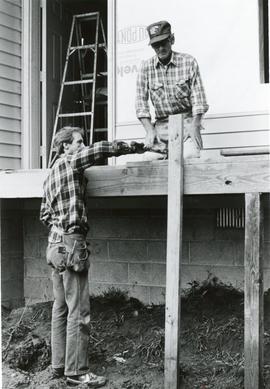 This is a photo of a HOMES crew building a three-bedroom house near Neon, Ky. One man is standing on the ground using a hammer and another man is kneeling on the deck, watching. 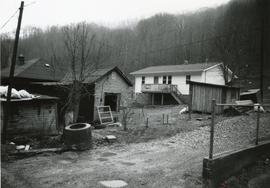 This is a photo of several run-down buildings on the left and a new home on the right. The new home is the result of combined efforts of several organizations. C. O. A. P., which provides financial counseling and quality low-cost construction, ena... 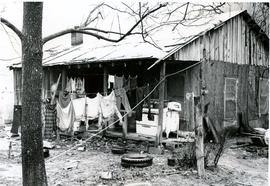 This is a photo of an old house on a littered yard. There is laundry hanging on rope clotheslines. There is a stove and a wringer-washer on the porch. This house was replaced by a new one built by MDS volunteers after flooding in Harlan, KY. 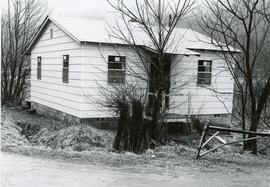 This is a photo of a new house built by MDS volunteers to replace an old one after flooding in Harlan, KY. 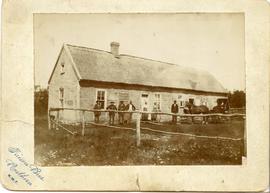 This is a photo of the Bernhard Klippenstein home. There are five men and two women standing outside the house. There is a horse and buggy with a person in the buggy on the right. In the foreground there is a rail fence.

This is a photo of (left to right): Kevin Neuhouser and Marian Neuhouser standing in the doorway of their house watching two young residents of the "favela" play in the street. Their work surrounds them in the close living quarters they ...