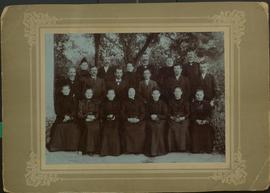 This series contains the photograph collection of the Regiers. Photographs of family and friends taken in Russia are included. Scope and content notes for individual photographs is supplied from information on the photographs themselves, and Henry...

Delegates and participants at the third meeting of the All-Russian Mennonite Agricultural Society (AMLV), May 13-16, 1925 in Moscow. Identification of all persons available on the back of copy 2. (3 copies) 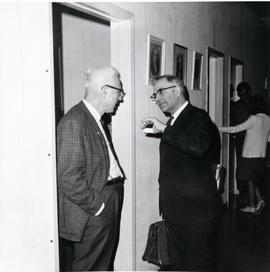 This is a photo of two men talking in the CMBC hallway [left is I.I.Friesen?].Note: this photo has a negative

Part of Isaac I. Friesen fonds

This photo is a postcard which shows the graduates and faculty, including Isaac I. Friesen (front row, centre left), of Canadian Bible College and Canadian Theological College, Regina, Saskatchewan. 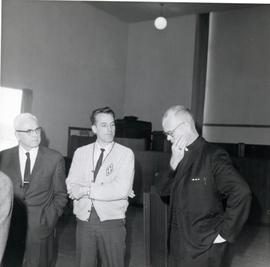 This is a photo of a chaplain talking to faculty and students [far left is I.I.Friesen].Note: this photo has a negative 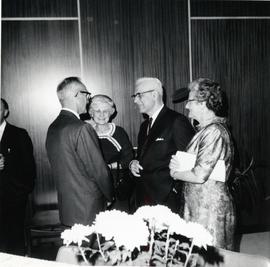 This is a photo of L-R Rev. C. K. Neufeld, Elsie Friesen, I.I.Friesen and Mrs. C. K. Neufeld in the CMBC cafeteria at the 'Recognition Dinner' held in honour of the Friesens.Note: this photo has a negative 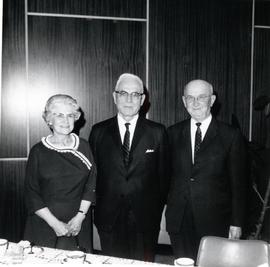 This is a photo of L-R Elsie Friesen, I.I.Friesen and J.J.Thiessen in the CMBC cafeteria at the 'Recognition Dinner' held in honour of the Friesens.Note: this photo has a negative

This photo shows former CMBC president I.I. Friesen(?), speakingat the pulpit. The CMBC Choir sits on stage. Sitting in frontof the choir on the right of the photo, is CMBC President, GeorgeK. Epp. To the left of Mr. Epp, sits CMBC music instru... 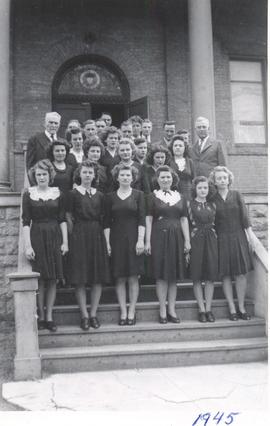 This photo is of the 1945 baptismal group from the Bethel Mission church (later Bethel Mennonite church), Winnipeg Sargent and Sherbrook. There are about 20 young people are standing on the front steps with 2 older men with them. The older men f... 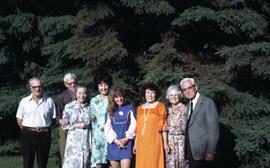 Part of Isaac I. Friesen fonds

This photo shows Isaac I. and Elsie Friesen standing outside with a group of people at Dan Bueckert's house. 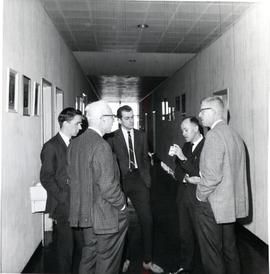 This is a photo of faculty standing and talking in the hallway. L-R Helmut Harder, I.I.Friesen, Rodney Sawatsky, David Schroeder, Peter Fast. 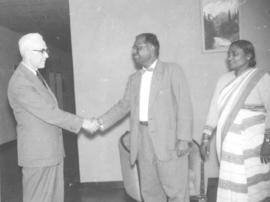 Informal photo. See the CM 6-3-1 concerning his speaking to a Young Married group in Arnaud, Man. He was a student at CMBC at the time. He is in the center, his wife is on the right & Isaac Friesen, the pres. is on the left. 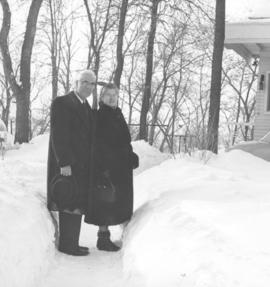 Shows Mr. & Mrs. Isaac Friesen standing on a snow-cleared sidewalk. In the background are tall trees, the corner of a house and part of a car. Perhaps it was taken during the late 50's when he was president of CMBC in Wpg.