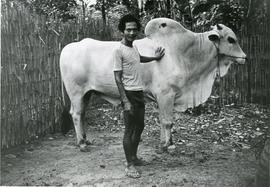 This is a photo of a man posing with a zebu bull, surrounded by a fence made of bamboo. This bull was given by MCC for the Indonesian Transmigration Project at Way Abung. It was used for breeding. 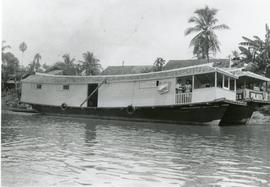 This is a photo of a houseboat called a bandung that Indonesians use for mission work. 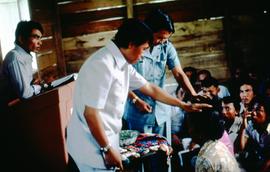 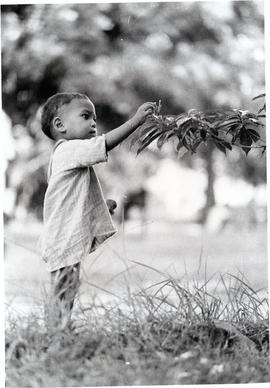 This photo is of a small child in Indonesia. The photo is taken outdoors. The child is reaching to touch a leaf on a shrub/tree which is partly visible on the right side of the photo. The child is dressed in a long shirt over a pair of pants and i... 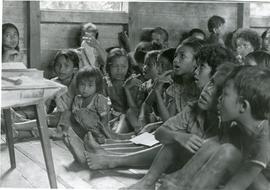 This is a photo of a group of Indonesian children sitting on the floor in a room.

Dan Nickel with convert in Indonesia.

This photo is of missionary Dan Nickel (right) with pastors Sulihanto and Isak Ngongo and a new convert (3rd fr. left). 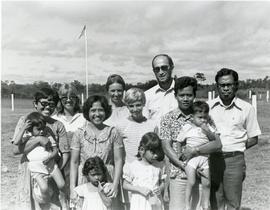 Dorothy Beidler and Luke Beidler with other team members in Indonesia

This is a photo of Dorothy Beidler and Luke Beidler (centre back) posing outside with other members of the West Kalimantan PIPKA team. 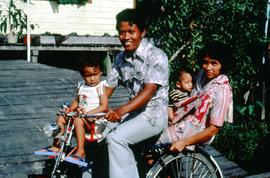 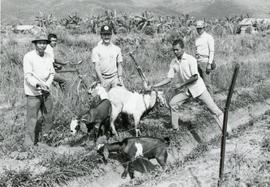 Farmers with goats in Indonesia

This is a photo of farmers with goats at the Mayoa transmigration site in a mountainous area of Central Sulawesi, an island in Indonesia.They received these goats from the MCC team working there. 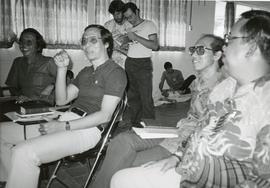 Fellowship of Mennonites in Indonesia

This is a photo of Mennonites fellowshipping in Indonesia. In the foreground are (left to right): Charles Christano and Mesach Krisetya of the Muria Mennonite Synod; Drs. Koembino and Pdt. Soedjadi of the Java Mennonite Synod. In the background ar... 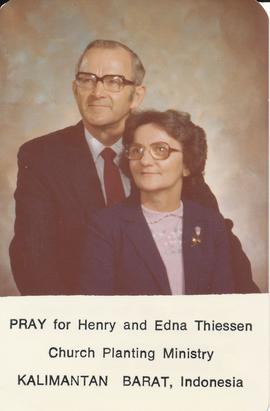 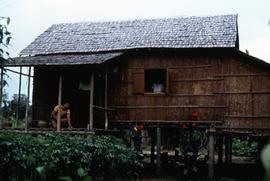 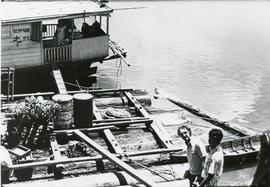 This is a photo of the houseboat where Paul Bucher and Esther Bucher, MCC workers in Indonesia, live. Parked beside the houseboat is the raft on which they do their laundry and other household chores that require water. 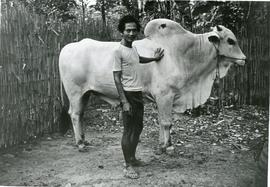 This is a photo of a man posing beside a bull given by MCC to resettled farmers on the Indonesian island of Sumatra as part of a successful oxen credit program. 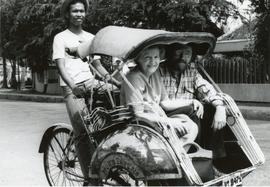 Jessie and Larry Kehler riding in a pedicab (Indonesia)

This is a photo of (left to right): Jessie Kehler and Larry Kehler of Winnipeg, MB in a pedicab. They are visiting Mennonite schools and students who are being assisted through the MCC Sponsorship Program in Indonesia.